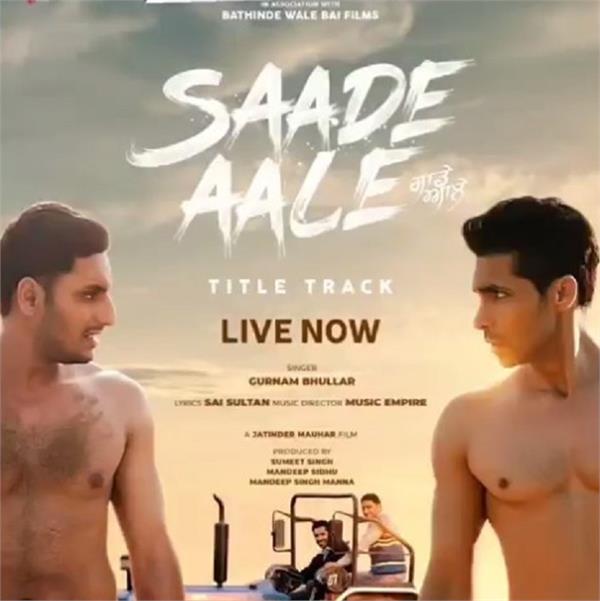 Jalandhar: Following the success of the trailer of the movie ‘Sade Aale’, the title track of the movie was released by Saga Studios today. This wonderful song is sung by Gurnam Bhullar The lyrics of the song are written by Sai Sultan and its lyrics make this song brilliant ‘Sade Aale’ track is a tribute to the late Deep Sidhu The film is set to release in theaters on April 29, 2022. The film is directed by Jatinder Mohar and stars like Deep Sidhu, Guggu Gill, Mahabir Bhullar, Sukhdeep Sukh and Amrit Aulakh will be seen spending four months in the film. The producer of the film Sumit Singh said that we have produced the film wholeheartedly Deep who is not with us today, this film was very close to his heart

Singer Dilraj Grewal was seen promoting the film on social media platform Instagram. Deep Sidhu’s last music track ‘Lahore’ was released a few days ago Dilraj Grewal was also present in this track Dilraj Grewal shared a picture in support of ‘Sade Aale’ on his Instagram and gave him the hashtag #aaovekhiyesaadeaale. Dilraj Grewal said that their friendship was wonderful Saga Studios has been a major contributor to the world of Punjabi cinema and music Saga Music and Sumit Singh have always been bringing new talent and great music to the audience. Saga Studios has always tried to bring something new to the audience, be it music or film.