U2’s Bono reveals half-brother that he “adores and loves” 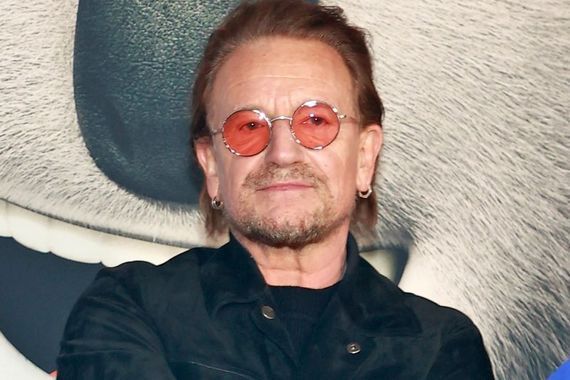 U2's Bono reveals half-brother that he "adores and loves"

Speaking on BBC’s Desert Island Discs, Bono said he first learnt about the man in 2000, defining him as a bro that he “adores as well as loves”.

U2 frontman Bono has disclosed that he has a half-brother that he only discovered in the very early 21st century.

Speaking to Lauren Laverne on BBC Radio’s Desert Island Discs, Bono said he first discovered the man in 2000, describing him as a bro that he “adores and also likes”.

He claimed his late daddy Bob had a youngster with a “stunning lady” that his mother, Iris, never found out about, adding that he had actually made peace with the circumstance.

” I asked him [his daddy] did he like my mom as well as he said yes, and also I asked him exactly how might this take place as well as he stated, ‘it can’ which he was trying to place it right, attempting to do the ideal point,” Bono informed Laverne.

” He wasn’t apologizing, he was simply mentioning these are the facts … I’m at tranquility with it.”

When he was simply 14, Bono likewise disclosed that his partnership with his dad came under strain after his mom died.

The U2 frontman admitted he was partly responsible for the failure in connections with his father and claimed he said sorry shortly after Bob passed away during a check out to a chapel in Paris in 2001.

” There was no one there, I lit a candle light as well as I hopped on my knees, and also I just stated, ‘look, I’m sorry I wasn’t there for you, you went through a whole lot and also please forgive me’, as well as I felt free.”

In the wide-ranging meeting, Bono likewise discussed his much-maligned rhyme written about Ukrainian President Volodymyr Zelenskyy that was read out by House Speaker Nancy Pelosi at the White House on St. Patrick’s Day.

” It took 10 mins, it was trying to be a satire, amusing as well as the Speaker of The House, as opposed to claiming Limerick, claimed it was poem and so people believed it resembled Seamus Heaney!”