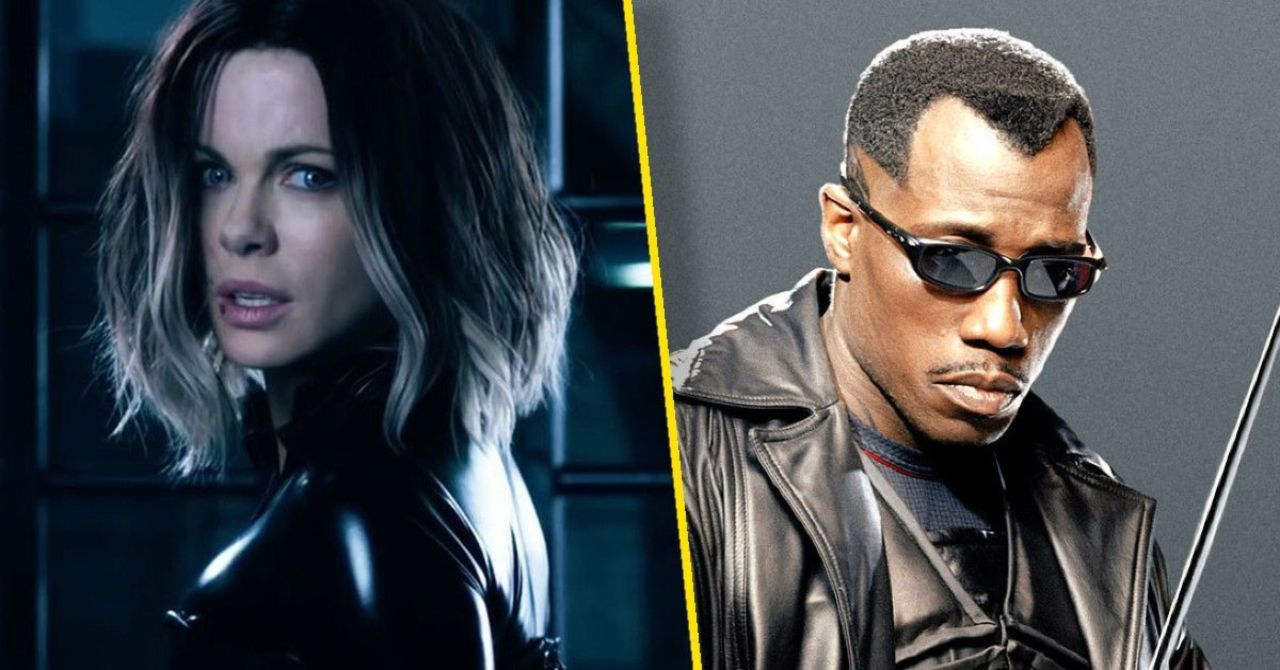 Though it’s almost impossible to imagine happening in the current climate, and even the star thinks another movie is doubtful, Underworld star Kate Beckinsale says she wants to see her fan-favorite vampire character take on Blade in a crossover movie. “I really wanted them to do an ‘Underworld’-‘Blade’ mashup. What a duo that would be,” Beckinsale revealed to Variety. “I would definitely do that, but I think they just wanted to reboot ‘Blade’ as ‘Blade’ so they didn’t go for it.” The actress also said that if another movie were to happen she’s ready, because she knows “exactly where” her character’s signature leather pants are.

The horror/action franchise began back in 2003 with the titular first entry, following Beckinsale’s Selene, a vampire “Death Dealer” who specialized in targeting and killing Lycans (werewolves). Its success would go on to spawn several follow-ups with Underworld: Evolution debuting in 2006, Underworld: Rise of the Lycans (a prequel) in 2009, Underworld: Endless War (an animated spinoff) in 2011, Underworld: Awakening in 2012, and Underworld: Blood Wars in 2016. A TV series spinoff was previously reported to be in the works but has seemingly stalled out. Combined the five theatrically release movies have brought in over $539 million at the global box office.

As for Blade, Marvel Studios previously confirmed that they’re developing a new version of the character for the Marvel Cinematic Universe with Academy Award winner Mahershala Ali set to play the lead role. Watchmen and Hunters writer Stacy Osei-Kuffour was hired by Marvel to pen the Blade screenplay with a report earlier this week revealing that Mogul Mowgli Bassam Tariq had been tapped to step behind the camera for the new film.

The only thing remotely making an Underworld/Blade crossover possible is that the former is a property from one of Sony Pictures’ subsidiaries, and Marvel & Sony have collaborated together on the Spider-Man movies for almost four years now.

Cross-studio franchise crossovers are incredibly rare though but Blade isn’t even the only property that Underworld has flirted crossing over with. Back in 2014 screenwriter Kevin Grevioux had planned for an Underworld/I, Frankenstein crossover, which fell apart after that movie was a box office bomb. Years after this producer David Kern revealed that they’d considered a crossover with another Screen Gems horror/action series, Resident Evil. That would be have made for an incredible pairing since both franchises were started by directors who had their wives in the lead roles.