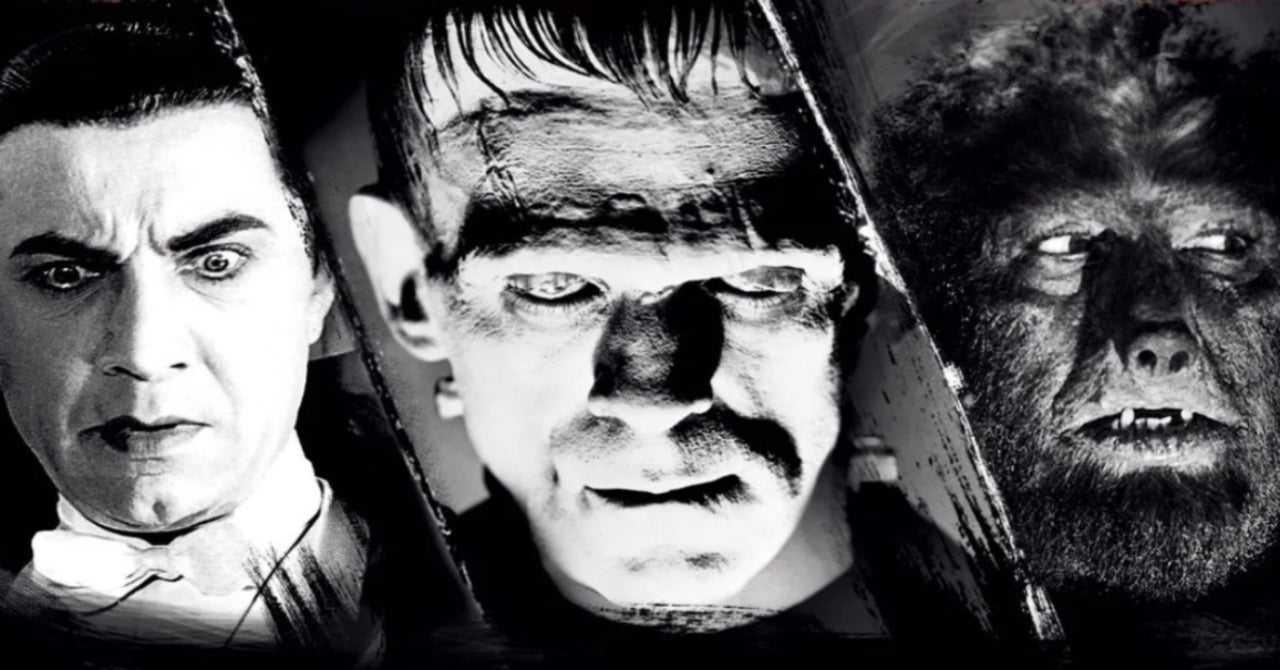 The Universal Monsters Classics Collection includes five cuts and a total of eight discs, according to a French listing for the set on Blu-ray.com. Individual steelbook versions of the four films have surfaced on German retailer Collectors-Junkies with an expected international release date of October 14.

Universal Pictures Home Entertainment has not yet officially announced the 4K set expected to arrive stateside this fall. Official descriptions for the four films (via Universal), as well as artwork for the single international releases (via Collectors-Junkies), are available below.

Bela Lugosi stars as Dracula in the 1931 original screen version of Bram Stoker’s classic tale. Towering ominously among the shadows of the Carpathian Mountains, Castle Dracula strikes fear in the hearts of the Transylvanian villagers below. After a naive real estate agent succumbs to the will of Count Dracula, the two head to London where the vampire hopes to stroll among respectable society by day and search for potential victims by night. Directed by horror specialist Tod Browning, the film creates an eerie, chilling mood that has been rarely realized since and remains a masterpiece not only of the genre, but of all time.

Boris Karloff stars in Frankenstein, as the screen’s most memorable monster, in what many consider to be the greatest horror film ever made. Dr. Frankenstein (Colin Clive) dares to tamper with life and death by creating a human monster (Karloff) out of lifeless body parts. Director James Whale’s adaptation of the Mary Shelley novel blended with Karloff’s compassionate portrayal of a creature groping for identity makes Frankenstein a masterpiece not only of the genre, but of all time.

Claude Rains delivers a remarkable performance in The Invisible Man as a mysterious doctor who discovers a serum that makes him invisible. Covered by bandages and dark glasses, he arrives at a small English village and attempts to hide his amazing discovery. He soon learns, however, that the same drug which renders him invisible slowly drives him to commit acts of unspeakable terror. Based on H.G. Wells’ classic novel and featuring groundbreaking special effects, The Invisible Man remains a masterpiece not only of the genre, but of all time.

“Even a man who is pure in heart and says his prayers by night may become a wolf when the wolfbane blooms and the autumn moon is bright.” In 1941, The Wolf Man introduced the world to a new Universal movie monster and the mythology of the werewolf was re-defined forever. Featuring a heartbreaking performance by Lon Chaney Jr. and groundbreaking make-up by Jack Pierce, this story of a cursed man who transforms into a deadly werewolf when the moon is full has not only become a masterpiece of the horror genre, but of all time.