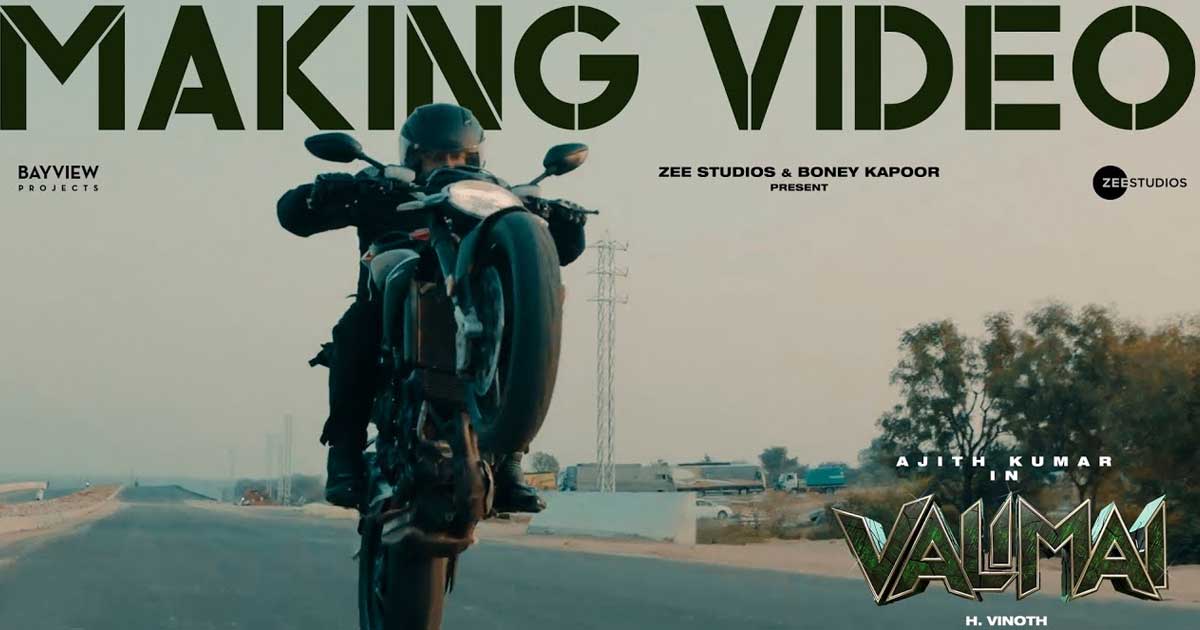 A making-of video of actor Ajith Kumar’s action entertainer ‘Valimai’ released by the film’s makers on Tuesday set the Internet on fire, garnering a phenomenal 85,000 likes in less than 20 minutes of the video being released on YouTube.

Fans of the actor went delirious with pride and happiness watching the video, which among other things showed actor Ajith Kumar, completing a dangerous wheeling stunt on a race bike after falling down the first time.

The makers of ‘Valimai’, directed by H. Vinoth, also used the video to express their thanks to fans who have been unflinching in their support, constantly requesting for updates about the film.

The team of ‘Valimai’ in the video said, “When everything was alright, Covid-19 made our days tougher. We stood alongside everyone hoping for the light. Hoping to live. Hoping to love. Hoping to do what we love. Despite hard times, people kept showering their love. It gave us more strength, hope, confidence. “

Thanking Ajith Kumar for his support, hardwork and commitment, the filmmakers also showed Ajith falling while attempting the bike stunt.

The video then presented a Mahatma Gandhi quote — “We may stumble and fall but shall rise again; It should be enough if we did not run away from the battle” — before going on to show Ajith completing the stunt.

‘Valimai’, which is being produced by Zee Studios and Boney Kapoor, will hit screens for Pongal in January.