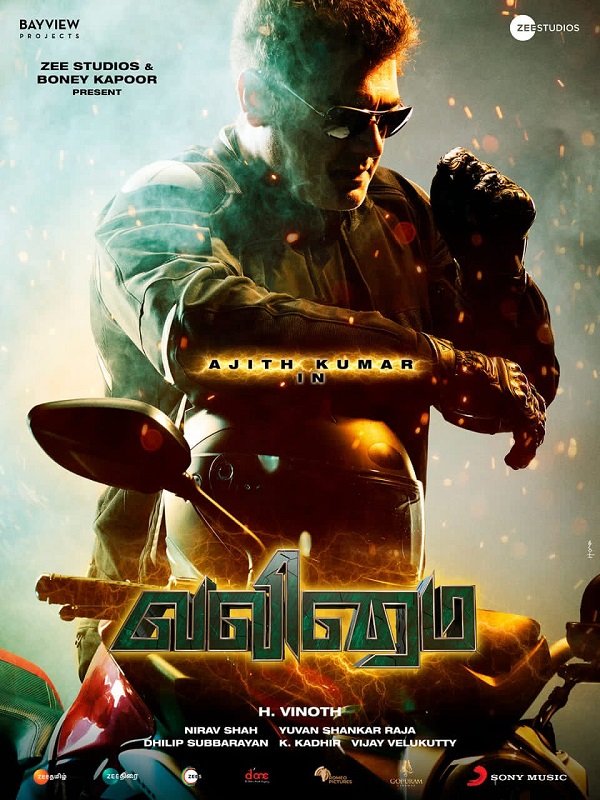 Valimai is a forthcoming Tamil-language action thriller film written and directed by H. Vinoth and produced by Zee Studios and Boney Kapoor through Bayview Projects LLP. Ajith Kumar, Huma Qureshi, and Kartikeya Gummakonda appear in the film. The film tells the narrative of Arjun, an IPS officer who embarks on a mission to track down illegal bikers who are involved in robbery and murder.