‘Vicky And Her Mystery’ Ending, Explained: Is ‘Mystère’ Based On A True Story? 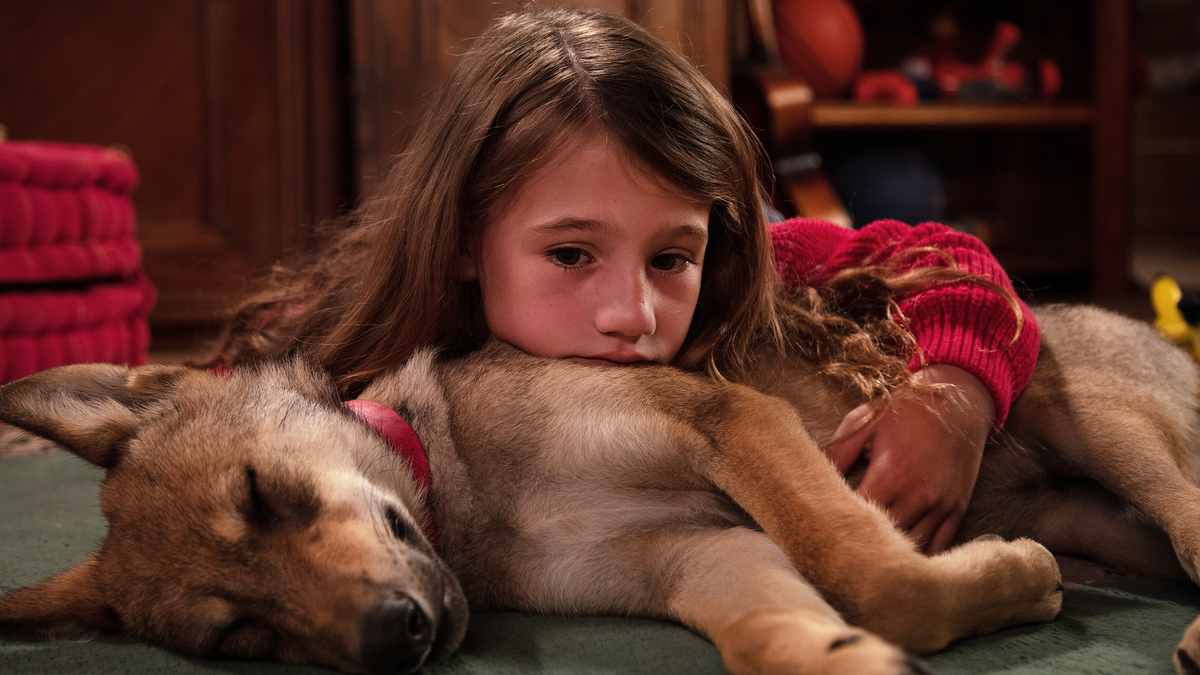 A pet can bring a family together, but what if that pet is a wolf? Vicky And Her Mystery (Mystère) is a film about a father, his daughter, and their adorable pet, Mystery. Gifted by a stranger, they met while returning from a hike, Mystery, as he said, was a gift from the forest. While Mystery, with his cuddles and whines, wins the hearts of his pack, society is unable to accept such a strange relationship. Inspired by a true story, the film explores this unusual relationship of a young little girl, Victoria, and her pet Mystery.

‘Vicky And Her Mystery’ Plot Summary: The Tale Of Vicky And Mystery

The recent death of her mother shook Victoria, which resulted in her choosing not to share a word with her father. In a way, she held her father, a surgeon, responsible for being unable to save her mother from illness. The mourning father decided to take a sabbatical and live in their country house in Lyon.

Amidst a vast stretch of land was the old house where the father-daughter decided to stay for a year. By listening to her mother’s playlist, Vicky tried to fill the void while her father, Stephane, felt helpless as the distance grew further. The aspect of staying alone at the old house made Vicky join her father on a hike. This hike turned into an ice-breaker, especially when Stephane mentioned how he and his wife would frequently hike to that spot. Upon seeing her father emotionally vulnerable, Vicky hugged him and finally decided to communicate. On their way home, they lost their path and stumbled upon a farmer who helped them get back on track.

At his farm, Vicky noticed Mystery for the first time. A tiny fur baby, Mystery, was deep asleep. The farmer gifted Mystery to Vicky after seeing the affection the little girl felt for the tiny creature. Vicky did all that she could to hide the little Mystery from her father. No matter where she kept him, Mystery found his way out and tore apart Vicky’s toys and clothes. Even after all the damage, Vicky’s love for Mystery did not lessen. The secret did not stay hidden for long, when her father saw Mystery in her room all of a sudden. After a bit of negotiation, the father agreed to let his daughter keep the ‘dog.’

Mystery made Vicky happy, which helped improve the relationship between the father and daughter. However, the happy days were numbered.

How Did Mystery Separate From His Pack?

The film starts with a pack of wolves running away from a group of hunters in the forest. One pup could not catch up with the pack and stay hidden behind foliage. The leader of the pack faced the hunters and was shot in the process while the rest escaped in the meantime.

One of the hunters felt the presence of the pup, and later we realized that the hunter was the farmer Vicky and her father met while returning from their hike. The farmer saved the baby’s life and knew he could not protect him on his farm.

While Stephane believed Mystery was a dog, a parent from his daughter’s school pointed out that he had big paws and must be taken to a vet to confirm his breed. Stephane continued to believe that Mystery might just be a Husky considering his appearance. Though later, through a test, it was found that Mystery was indeed a grey wolf.

Stephane refused to accept the creature’s identity and decided to hide Mystery. He kept him locked inside his house. He knew that if the farmers learned about the existence of a wolf in the household, they would shoot him. This fear turned true when the farmers who followed the tracks decided to enter his property and search for the wolf. The conservation team was brought in, and Mystery was taken away.

‘Vicky And Her Mystery’ Ending Explained: Does Vicky Get To Be With Mystery?

While the farmers were adamant about killing the wolves as they fed on their cattle, Vicky knew she had to save Mystery. The absence of Mystery in her life deeply impacted her. The nightmares that haunted her after her mother’s death occurred again. The father was left with no other option but to make her understand that keeping a wild creature was impossible anyway.

One day at school, Mystery visited Vicky after escaping from the reserve he was kept in. Elated after her reunion with Mystery, Vicky followed him to the forest while it continued to snow. Mystery introduced Vicky to his new pack in the forest. Stephane came to rescue her after receiving the news of a wolf entering the school. Mystery guided Stephane to Vicky, where she was left in an unconscious state. The father saved the daughter, though Vicky continued to worry about Mystery’s safety.

Mystery visited a second time at the farm near the forest. This time a farmer again followed his tracks and shot him in his leg. Vicky ran towards Mystery but was lucky to not have been shot in the process. The farmer regretted his carelessness, while Mystery was taken inside the house to be saved. Stephane decided to operate and was successful in the process, making his daughter overjoyed.

After he recovered from his injury, Vicky decided to let go of Mystery. She knew that he was terribly unsafe with her, and she must accept that Mystery had his own pack. The farmers agreed to not hurt Mystery and allowed him to stay in the forest with his pack. Mystery, who considered Vicky to be a part of his family, found it initially difficult to leave her, but eventually, he joined his pack. Vicky was happy knowing Mystery was safe and could continue living an adventurous life in the forest.

While there are numerous tales of the friendship between man and wild, the story of Vicky and Mystery is emotional, and their journey is worth a watch. The beautiful landscape of the French countryside compliments the story beautifully. The film also highlights the importance of co-existence and how the destruction of wildlife can never be a solution to our problem.

Is ‘Vicky and Her Mystery’ Based On A True Story?

Yes, the film is inspired by a true story. Before the end credits, the film mentions how Victoria, in real life, met Mystery when she was just three years old. A recently taken picture showed a visibly grown Mystery with Victoria where she embraced him for the picture.

The director, Denis Imbert, heard the story of a man who brought his daughter a pup and later found the pup was a wolf pup. The name of the pup was Mystery. The film was shot using real wolves, where the actors were trained to be with them. The bond of the actors, especially that of Shanna Keil, who played the role of Vicky, is evident.

Vicky And Her Mystery is a 2021 French Drama Film directed by Denis Imbert. It is streaming on Netflix.