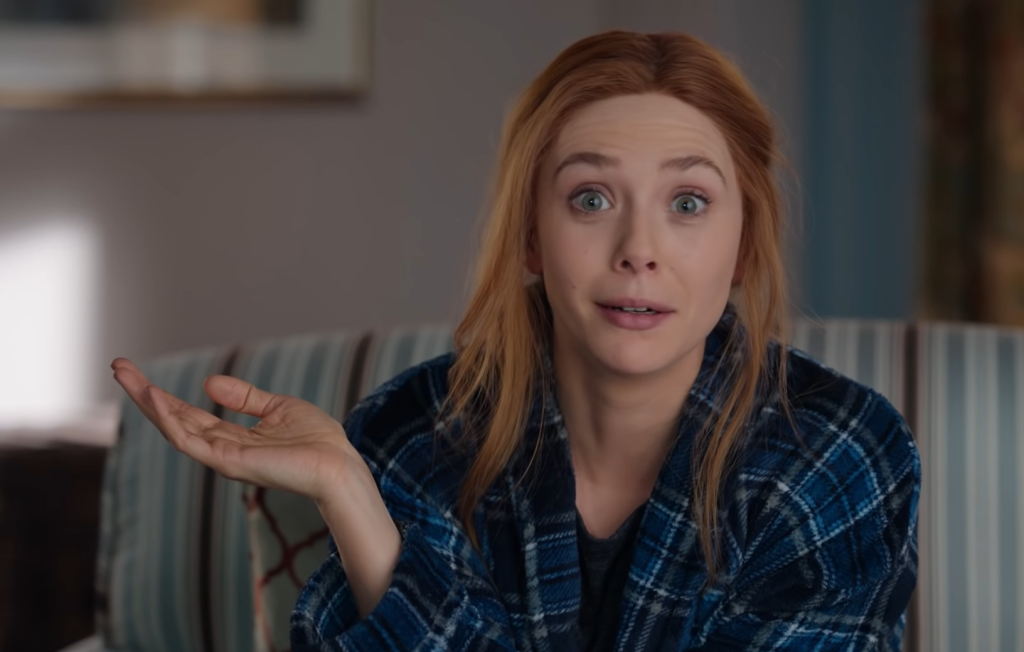 WandaVision Episode 5 Recap/Ending, Explained | Who is the Visitor Episode 5 takes us through S.W.O.R.D’s investigation as Wanda and Vision themselves try to figure out the happenings

As the narrative of ‘WandaVision’ unfolds, we realize that Wanda controls the reality of Westview. She has conjured an idyllic life for herself with Vision and her kids, and any intrusion into reality is met with strong retaliation. The agency S.W.O.R.D is investigating the curious case, with Jimmy Woo and Monica Rambeau as the leads.

Darcy Lewis can broadcast certain signals from Westview, which provides a clear picture of what’s going on. Even though glitches raise some questions about Wanda’s condition, it is ascertained that Westview people are oblivious to their situation. Episode 5 takes us through S.W.O.R.D’s investigation as Wanda and Vision themselves try to figure out the happenings. SPOILERS AHEAD.

Wanda and Vision are enjoying their parenthood, and they have a hard time pacifying the crying twins. Curiously, Wanda’s magic doesn’t work on the twins. Meanwhile, Agnes visits their home and takes an interest in Wanda’s twins. Her awkward behavior makes Vision suspicious about the ongoing situation in Westview. The kids magically grow up, and everything happens in front of Agnes. A montage shows glimpses of Wanda and Vision celebrating life with their twins. 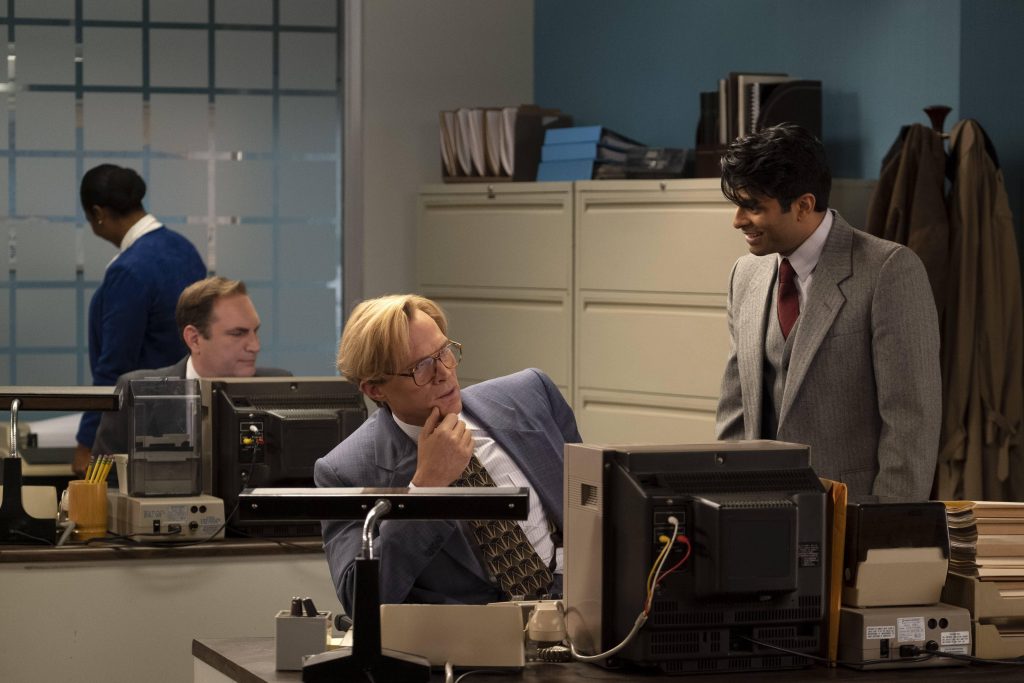 Monica Rambeau wakes up from her stupor in the outside world and is greeted by Jimmy Woo and Darcy. It is revealed that Monica’s reports are not recorded in any of the medical tests conducted on her. Director Hayward conducts a briefing where he indulges in Wanda’s history and implicates her to be the victimizer. He criticizes Wanda, but Monica contests his theory. We get to know that Wanda retrieved Vision’s body from a S.W.O.R.D facility about nine days before the Westview anomaly.

Jumping back to the Westview reality, we see the kids grow up further as Vision figures out that the citizens of Westview are under Wanda’s control. Agnes is on the front of these developments as she witnesses the strange happenings of Wanda’s life. As Westview’s reality unfolds, Monica figures out that Wanda is wielding extreme powers as she can rewrite reality. S.W.O.R.D sends a drone inside Westview, but Wanda catches it and crosses the energy field to demand an explanation from Hayward. Back in Westview, Vision finally confronts Wanda regarding the truth as an unexpected visitor greets them.

WandaVision Episode 5 Ending: Who is the Visitor?

Vision figures out the underlying truth of Westview’s reality as he converses with Norm by detaching him from Wanda’s control. He is miffed by Wanda’s actions and confronts her. At that time, we see Pietro, Wanda’s brother, arrive at their place. Wanda is dumbfounded, and it can be assumed that she has resurrected Pietro from the dead. 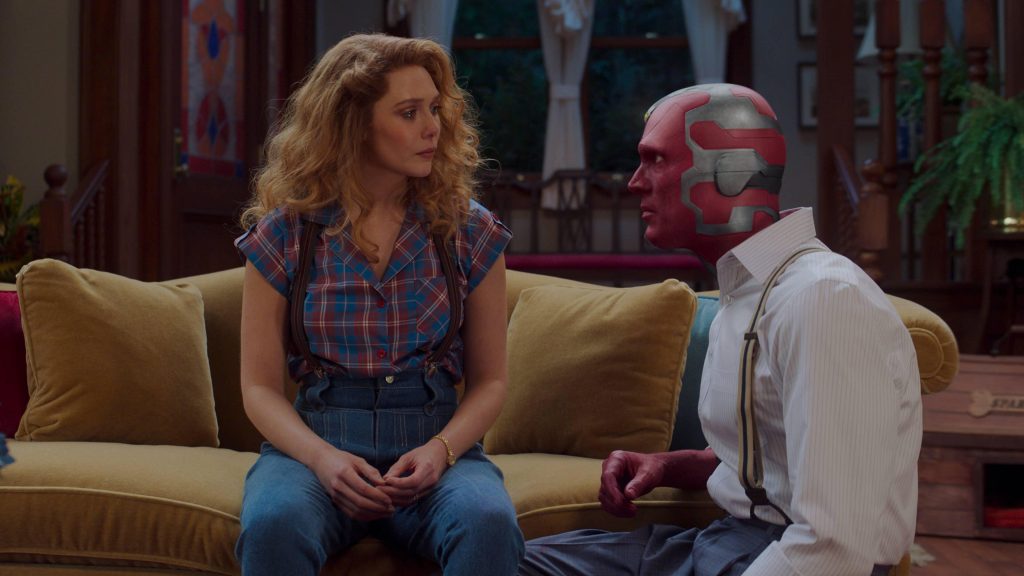 The interesting thing is that Pietro or Quicksilver, who arrives at Westview, is from the ‘X-Men‘ franchise. This opens up multiple possibilities, and it is ascertained that the two distinct universes of MCU and X-Men finally merge together. Moreover, in one of the scenes, Tommy and Billy point out that Wanda has the ability to raise the dead. Wanda has perhaps resurrected Pietro and can’t seem to acknowledge her agency.

While Vision asks Wanda about the truth of Westview, she can’t explain the beginnings of the phenomena. Pietro’s resurrection also plays out in a similar fashion, and it indicates that an external agency is involved in Wanda’s manipulation of reality. Even the twins grow up at their own will, as Wanda struggles to keep track of the rapid developments in Westview.

Why Does Wanda Confront S.W.O.R.D?

Director Hayward briefs his team about the developments regarding the Westview anomaly. Jimmy Woo details Wanda’s history as Hydra’s involvement in creating Wanda’s powers come to the front. Hayward considers Wanda to be a threat as he has reasons to believe that she is a victimizer. Wanda had apparently retrieved Vision’s body from S.W.O.R.D’s custody, which brushes Hayward in the wrong direction. There is a subtle sense of discontentment between Jimmy and Hayward in the briefing as they follow two distinct approaches- Woo believes that Wanda doesn’t have vile intentions. 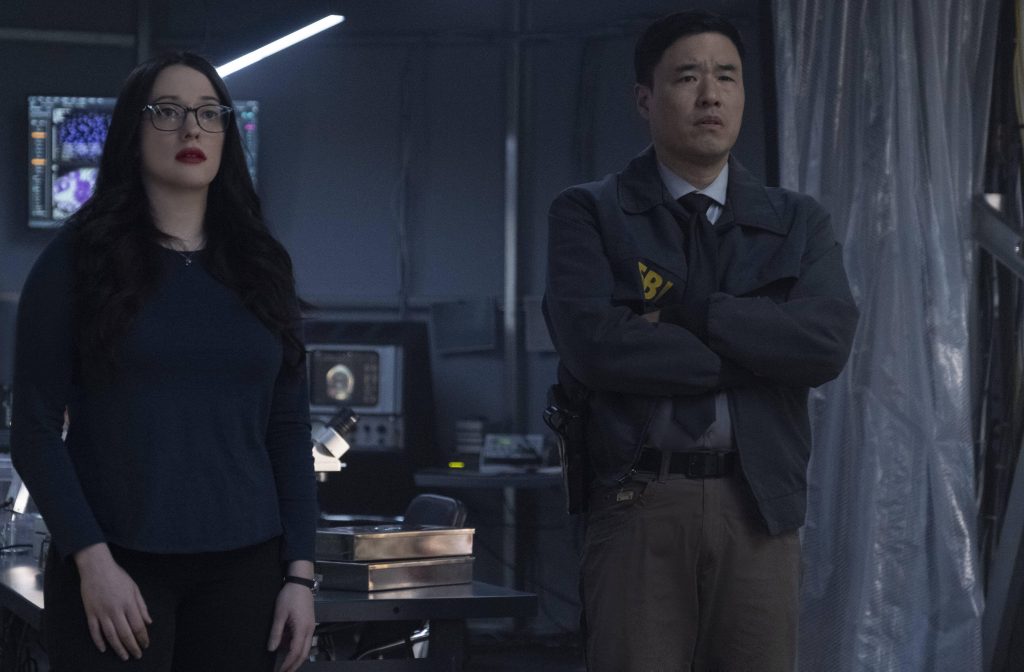 When S.W.O.R.D sends in a drone piloted by Monica, Wanda gets angry and, for the first time, comes out of her reality to confront S.W.O.R.D. Monica tries to negotiate with her by forwarding a hand of friendship, but Wanda refuses, directing her anger towards Hayward. There is a stark sense of mistrust between Wanda and Hayward as she warns him to stay out of her reality. Wanda doesn’t want anyone disrupting her version of Westview as she wants to settle down in her own life.

Her anger is visible when she comes out of Westview, indicating that the events following Vision’s death have had a deep impact upon her. It can be deduced that S.W.O.R.D was involved in Wanda’s situation in more ways than one, and thus, she doesn’t accept Rambeau’s friendship. Wanda’s guard is never let down, and in the presence of her twins, she will perhaps get more defensive as the narrative progresses. We have already seen that Wanda is at the peak of her powers and wants no one intruding on the fairy tale of Westview. Moreover, Vision’s knowledge of the “Maximoff Anomaly” complicates Wanda’s situation.