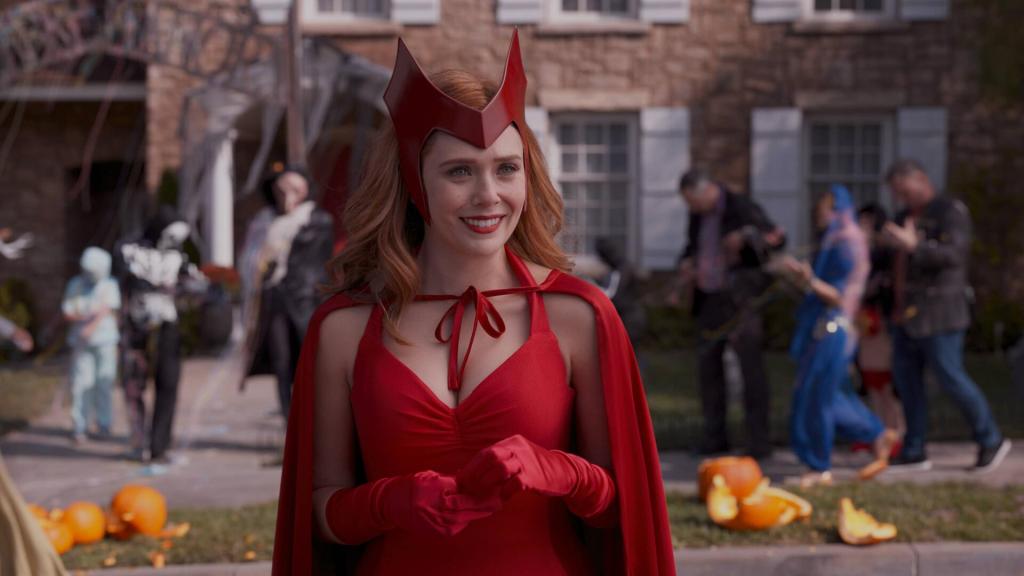 Pietro’s arrival from the ‘X-Men’ Franchise in ‘WandaVision’ restructures the MCU fundamentally. Wanda wields immense power that changes the reality surrounding her. She creates the Westview reality, and it seems that she can revive people from the dead, as is evident from her brother’s arrival. In the run-up to episode 6, S.W.O.R.D’s investigation throws light on the developments, particularly regarding Vision, who is resurrected by Wanda.

Darcy, Jimmy Woo, and Monica Rambeau function in the purview of empathy for Wanda, whereas Hayward’s stiff approach raises some questions about his motives. The sixth episode has an ominous tone to its narrative and bears a stark resemblance to the Marvel comic books. The meta-narrative inside Westview seems to inch closer to the truths we all have been waiting for. Here is a detailed analysis of the sixth episode. SPOILERS AHEAD.

It is Halloween night in Westview, and Wanda’s kids, Billy and Tommy, are visibly excited about it. Breaking the fourth wall, they directly address the audience about their uncle, Pietro, purported to be a man child. Nonetheless, Pietro seems to bond with the kids quite efficiently to Wanda’s and Vision’s pleasant surprise. Wanda and Vision are dressed in Halloween costumes borrowed straight from the Silver Age of comic books. Vision tells Wanda that he is on a night watch and will not join them for the festivities.

Meanwhile, in the S.W.O.R.D. facility, Hayward wants to gather more intel about the Hex and considers Wanda to be a threat. Rambeau, Woo, and Darcy register their protest against this approach, but they are removed from the investigation. As they are escorted out of the room, Woo and Rambeau incapacitate the guards, whereas Darcy hacks into the data gathered by Hayward. It is revealed that Hayward is tracking Vision and has figured out a way to enter the Hex. 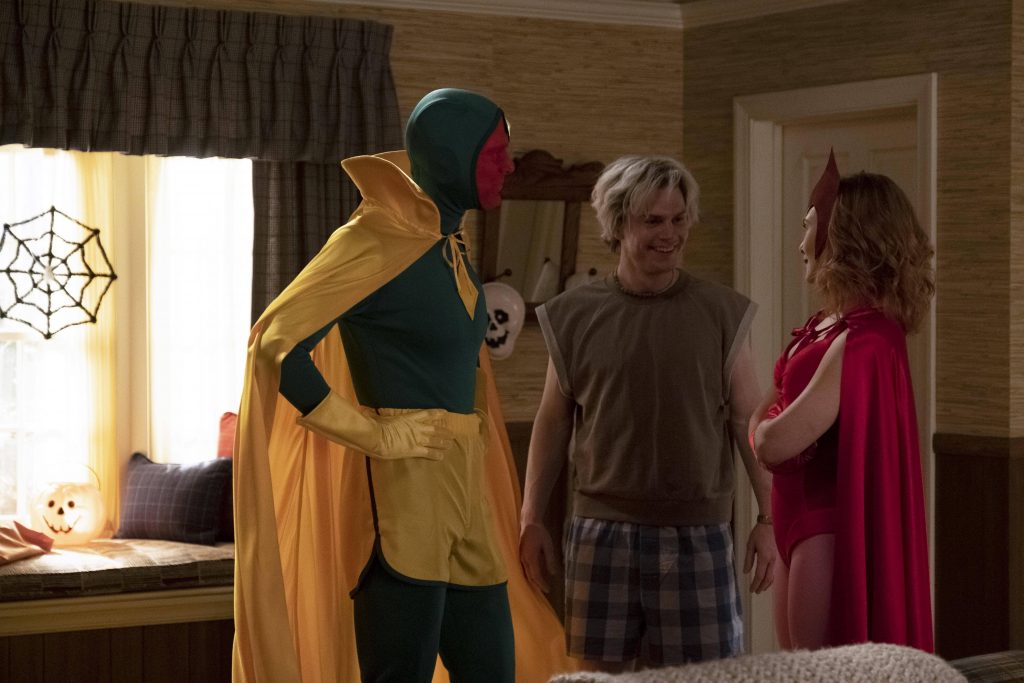 In Westview, Pietro and the kids enjoy the Halloween party, and the town seems to be engrossed in it as well. Vision decides to investigate the strange behavior of some townsfolk and reaches the edge of Westview at Ellis Avenue. He meets Agnes, who is apparently under a haze, and tells Vision that he is an avenger who is supposed to be dead. Vision doesn’t have any memory of his past and is concerned with the weird developments. Vision reaches the boundary of the forcefield and tries to cross past the barrier. His attempt bears dire consequences with startling revelations that change the understanding of the Westview anomaly completely.

WandaVision Ending: What Happens to Vision? 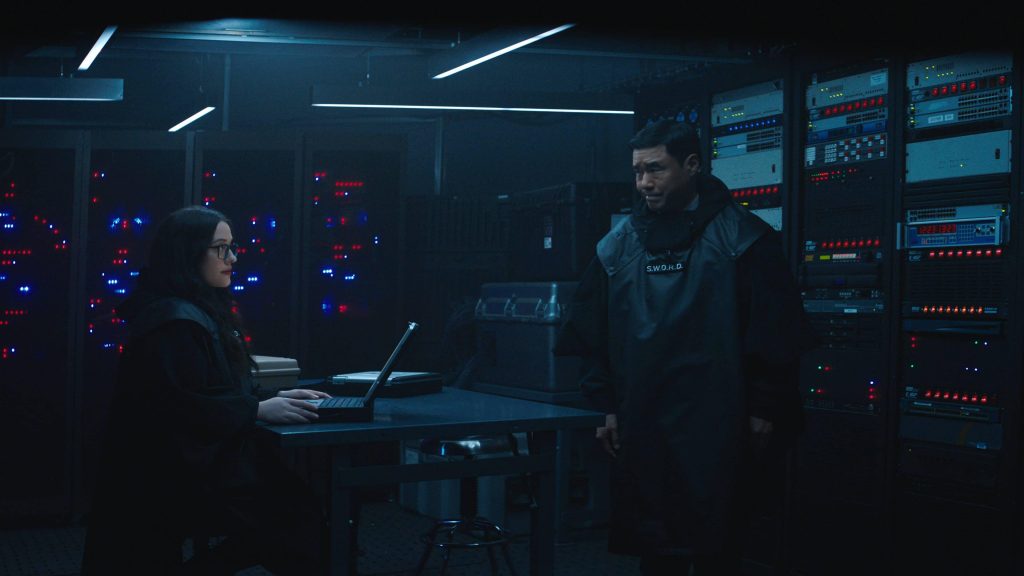 As Vision tries to exit the Hex, he faces intense resistance from the forcefield. Hayward tracks Vision and arrives at the place to encounter him. Darcy is also present there, but unfortunately, she is handcuffed to a car by the guards. We see Vision slowly disintegrate when he comes into the real world. It becomes clear that Wanda’s power protects Vision’s existence in Westview. He has indeed been resurrected, which only pertains to the limits of the Hex. Since Wanda’s powers originate from the mind stone, it can be implied that she uses that power to create some portions of the mind stone to revive Vision. 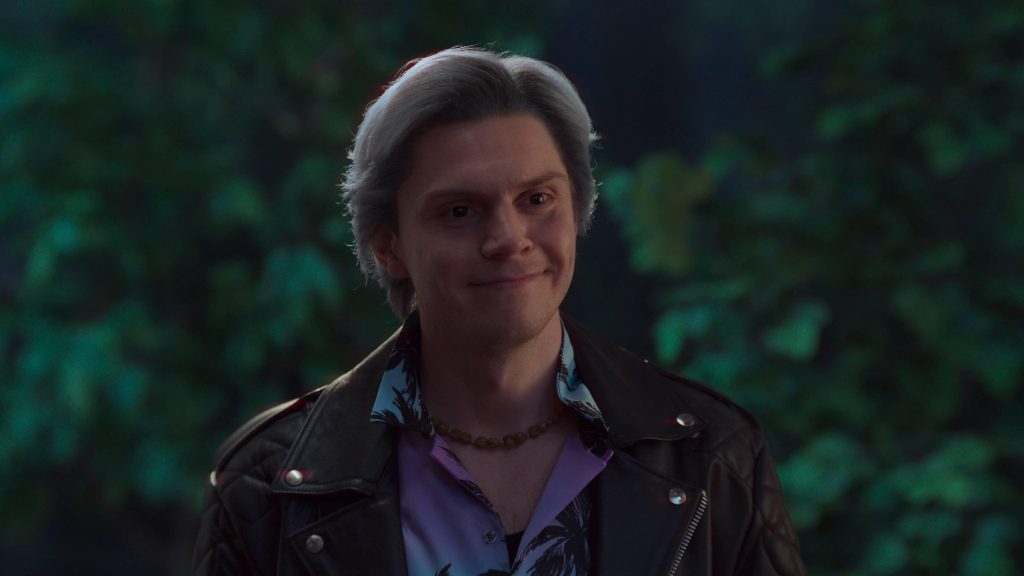 To consolidate this theory, we can hark back to ‘Avengers: Infinity War,’ where we see Wanda destroy the mind stone. We can assume the current scenario to be a reversal of the past happenings. Wanda gets to know about Vision’s situation through her son Billy, and in a blatant display of power, she expands the limits of the Hex, which engulfs the area where Vision is present. As the Hex expands, the reality is altered drastically. Hayward, Woo, and Rambeau manage to escape from the expansion, but on the other hand, Darcy is absorbed into it.

A big revelation in the sixth episode is the display of superpowers by Wanda’s twins, Tommy and Billy. As Pietro bonds with his nephews, we see him displaying his superspeed, much to the kids’ excitement. Tommy takes after his uncle and exhibits his power of super speed. Wanda is surprised by this development but warns the kids not to cross Ellis Avenue. Sometimes later, when Vision screams in agony as he disintegrates in the outside world, Billy can visualize the happenings through powerful telepathic abilities.

Billy informs Wanda about his visions, and she asks him to concentrate on identifying Vision’s location. It is clear that Tommy and Billy have superpowers, which we had speculated about much earlier. If we follow the character arc in the comics, Tommy’s alias is Speed, whereas Billy exhibits similar powers like Wanda and is known as Wiccan. These developments open the narrative of ‘WandaVision,’ and we might see further developments as the Westview anomaly expands ominously.