Technology is pervasive in modern life. If you need a cab, you open an app. If you need to go on a vacation, you look up the internet and book a tranquil accommodation away from the humdrum of the city. Well, don’t get too comfortable because there may be invisible eyes prying on your privacy. Based on the realistic premise, George Ratliff’s risqué horror thriller film ‘Welcome Home’ (alternative title: ‘The Getaway’) plunges the audience into the vortex of a disturbing mystery. Starring Aaron Paul (hello ‘Breaking Bad‘ fans) and Emily Ratajkowski in central roles, the story of the film follows a couple who takes a trip to Italy hoping to save their dwindling relationship.

The trip takes them to a serene villa surrounded by vineyards, but amidst the peaceful abode of nature lurk alarming threats. The vacation turns upside down when their privacy is intruded upon by a beguiling stranger. Racy, atmospheric, and brooding, the film, although not unprecedented, can be a perfect recipe for a late-night watch. However, the panicky ending makes one’s heart race and gives rise to several questions. If you can’t comprehend the final moments of the film, you may count on us! SPOILERS AHEAD.

In an epilogue, Bryan books a stay in a renovated 13th-century monastery in Italy. A cab takes Bryan and his girlfriend Cassie to their pastoral destination. Upon reaching, the couple finds a bottle of wine and a greeting message waiting for them at the table. Eduardo, the owner, is out, but he urges them to reach out to him if need be. Later at night, the pair sits before a campfire, enjoying the vast stretches of darkness that lay before them.

We sense that their relationship is falling apart. The following morning, Cassie makes Bryan breakfast and goes out for a run, tormented by her past choices. Absent-minded, she falls to the ground and sprains her ankle. In the meantime, a mysterious guy appears out of nowhere. As he takes care of Cassie’s sprained ankle, we get to know that his name is Federico, who is apparently a neighbor of Eduardo. 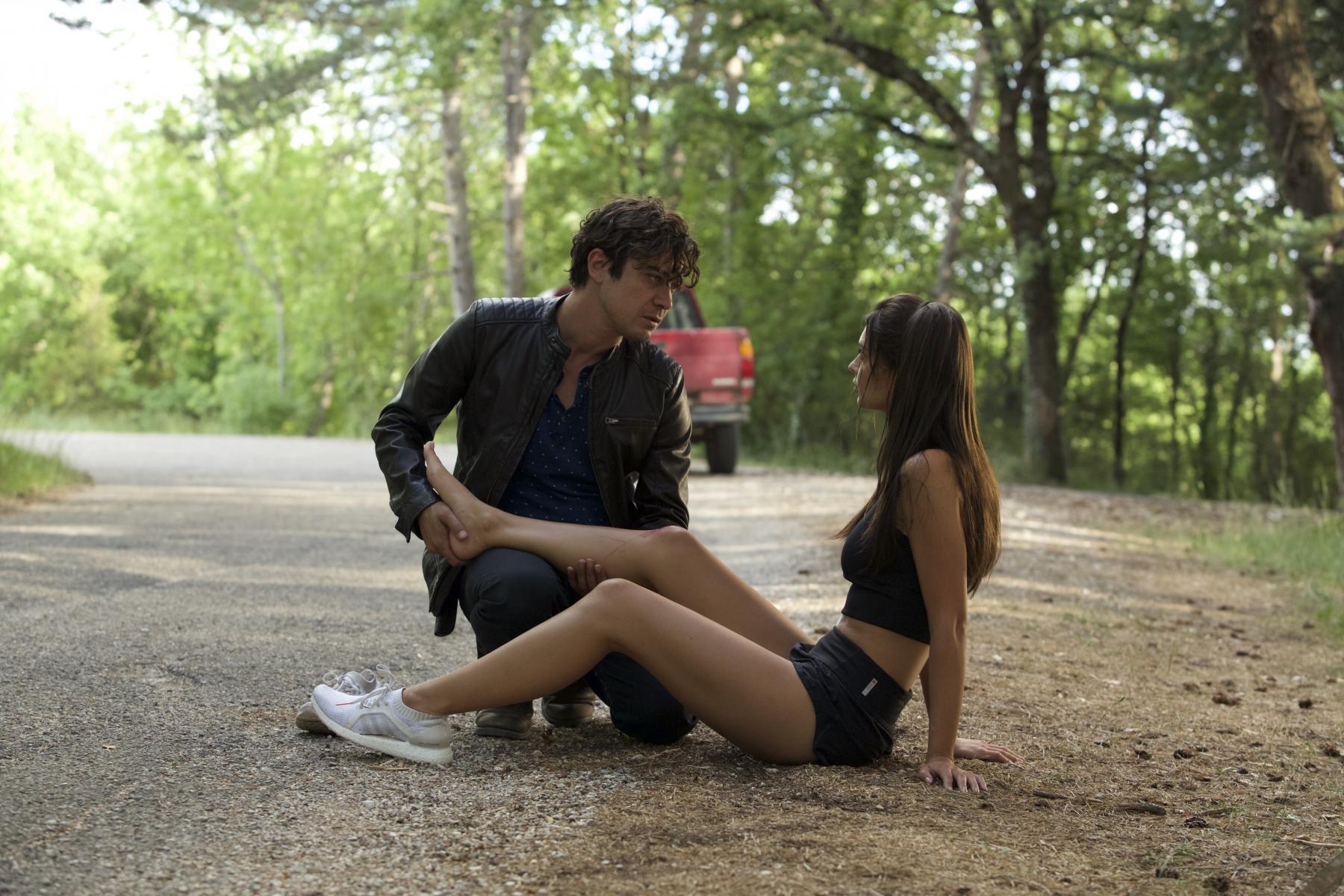 Cassie invites Federico over for coffee. Federico spies on the couple from a room full of monitors, and we sense that the villa is bugged with cameras. Federico gives the couple a ride to the nearby town. Upset over a fight with Bryan, Cassie heads back to the homestay while Bryan ends up drinking whiskey in a bar with Federico. Federico introduces Bryan to a couple of local girls. Bryan gets dead drunk, and in a passing comment, Federico divulges to Bryan that he has the key to their house.

The following morning, Bryan cannot find his phone and gets flashbacks from the previous night. He runs errands to find the neighboring house abandoned, and he is increasingly suspicious of Federico, while Cassie seems to be won over by his kind gestures. The creepiness intensifies when Federico comes over with a dead rabbit, proposing to make dinner. Bryan and Federico have a heated conversation. At night, Bryan finds himself locked in the cellar room and discovers a tunnel, while a blindfolded Cassie falls prey to Federico’s cunningness, who touches her body while filming the whole thing.

Bryan finds a way out from another side. Startled by noises, Federico leaves the scene. Bryan sees Cassie on the TV screen, blindfolded and all, while Cassie discovers Bryan’s night with the girls from town. While fighting, they discover that the villa is bugged with hidden cameras, and Federico gets ready to confront the pair with a knife. The final moments of the film escalate out of control sooner than one can anticipate, and the penultimate scene unearths an unexpected truth that is chilling to the bones.

Welcome Home Ending: Are Eduardo and Federico Dead Or Alive?

After the presence of the cameras is revealed, Federico sees no option but to come out and confront Bryan and Cassie. A fight between Bryan and Federico ensues, and while Bryan unarms Federico, Federico manages to pin Bryan down on the floor. While they are fighting, Cassie comes from the back and bashes Federico down with a walking stick, and Federico effectively bleeds to death. In the meantime, Eduardo comes around, asking whether the couple is satisfied with their stay. 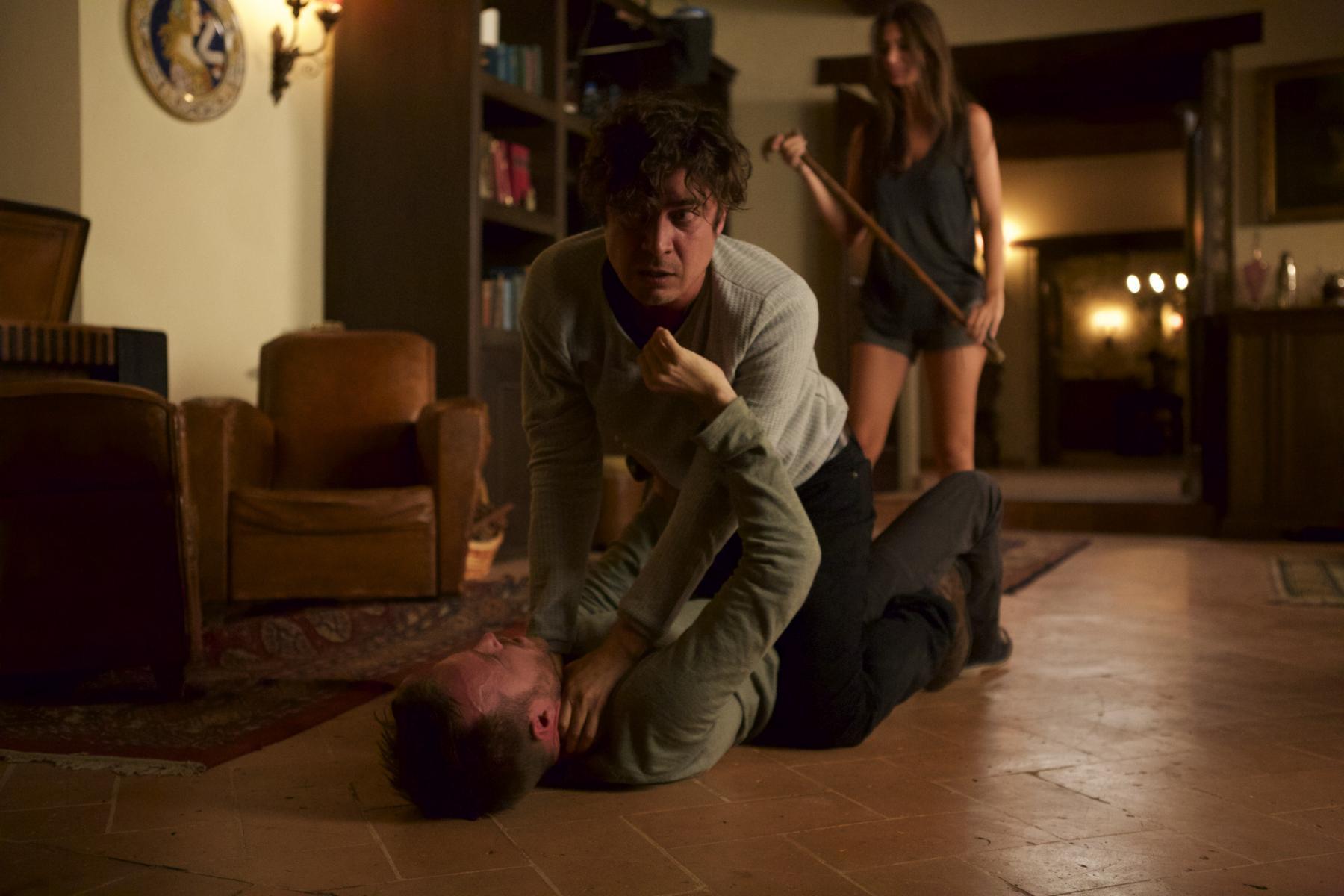 The pair choose to conceal their encounter with Federico, but Eduardo gets to know about the murder from the camera footage. It seems that Federico and Eduardo are in the same league. Endowed with the knowledge of the murder, Eduardo comes to Cassie intending to kill her (since he covers the camera with his coat). Bryan tries to assail him from behind, but Eduardo is fast enough to sense Bryan’s movements.

While Eduardo threatens Bryan with a gun, Cassie swiftly inserts a knife through Eduardo’s back, and Bryan shoots him dead. In the monitoring room, Bryan discovers labeled tapes of previous visitors to the property. He scours for hidden cameras across the villa and removes them one by one. Finally, they bury the bodies at the back of the house and burn all the accessories. So, we can be certain that both Federico and Eduardo are as dead as a doornail, and Bryan and Cassie are out of danger.

Do Bryan and Cassie Mend Their Relationship?

As they say, troubled times bring people closer to each other. The fractures in the relationship between Bryan and Cassie are made apparent at the outset. The couple takes the vacation mostly to mend their relationship. Cassie has cheated on Bryan with a co-worker called Justin, which she thinks to be a mistake. But Bryan has become impotent as he gets flashbacks of Cassie making love to that man. 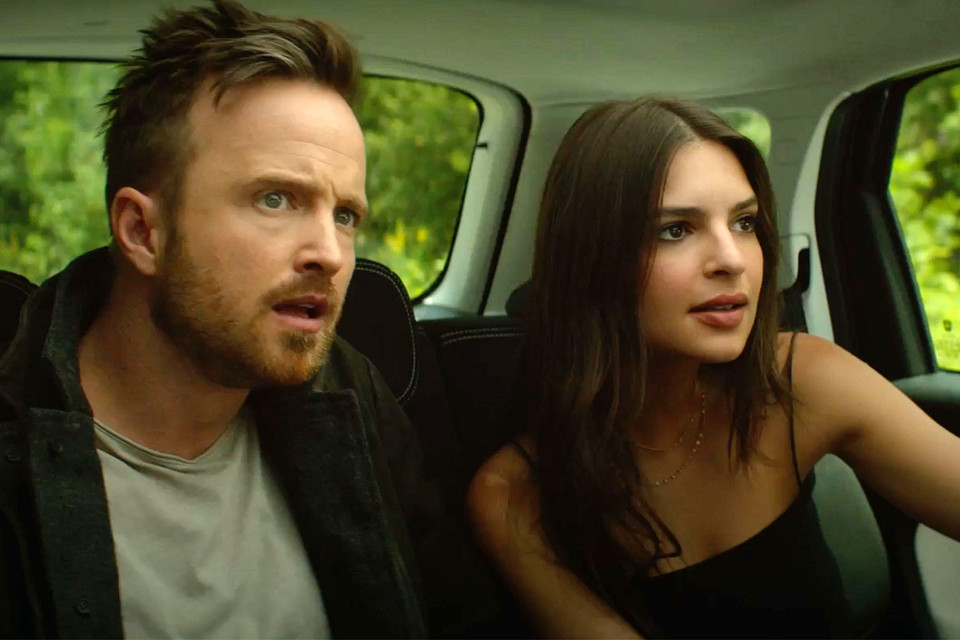 Moreover, as Bryan admits, the rift between the couple also partly stems from Bryan’s fear of commitment. In the bar, Federico tells Bryan to “even the playing field,” and shortly after, he introduces Bryan to local women Alessandra and Isabella. Bryan ends up spending the night with these girls at a hotel. Bryan does not divulge the incident to Cassie in detail, and she finds out about it from Bryan’s phone, which mysteriously appears on the bed.

We believe that Federico plants the phone on the scene to orchestrate a fight between them. Before the fighting can escalate, Bryan finds a hidden cam in the living room. Following the discovery, the couple faces those bloody encounters with Federico and Eduardo. After burying the bodies, Bryan and Cassie take an intimate shower together, and we get the impression that they save the boat from drowning.

Do Bryan And Cassie Get Away With The Murders?

Well, Aaron Paul seems to be pretty good at covering up crime scenes even in the absence of Walter White. Bryan and Cassie bury the bodies and burn all the tapes and cameras. So, it seems that they get away with murder. But a gnome lying in the garden puts a dent in that thought. As the camera closes in on the gnome, we see a camera installed in one of its eyes. The whole ordeal has been recorded on camera, and the plot goes way beyond what Bryan and Cassie can imagine.

The cameras feed to an internet site called “Eye See You,” where thousands of people are given access to the private lives of tourists. People from all over the world see Bryan and Cassie in the act of burying the bodies. Shocked by the ordeal, the subscribers change to other channels. There are apparently many such camera-infested rental properties where unsuspecting tourists become subjected to prying eyes. While it is difficult to ascertain whether the pair get caught for the murders, maybe the ending suggests the banality of evil itself — what is murder to one is merely a shock element to another.