What did comedian Kapil Sharma say about ‘Mother’ movie? (Video) 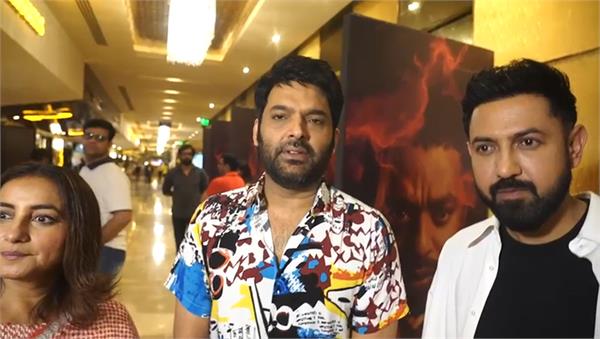 Chandigarh (Bureau) – Punjabi film ‘Maa’ has been released in cinemas all over the world. The film is also getting a good response from the audience.

Kapil Sharma’s reaction has also come out regarding the film ‘Maa’. Kapil said, “Gippy has made beautiful films on a very serious subject. I have seen the films ‘Ardas’ and ‘Ardas Karan’ and now I will enjoy watching this film. Divya Dutta has done an amazing job. One gets emotional just by watching the trailer. ‘

“I have just arrived but I will watch the whole film,” Kapil added. I hope people will like this movie too. I will definitely show the movie to my mother, she will have a lot of fun. Congratulations to the entire team.