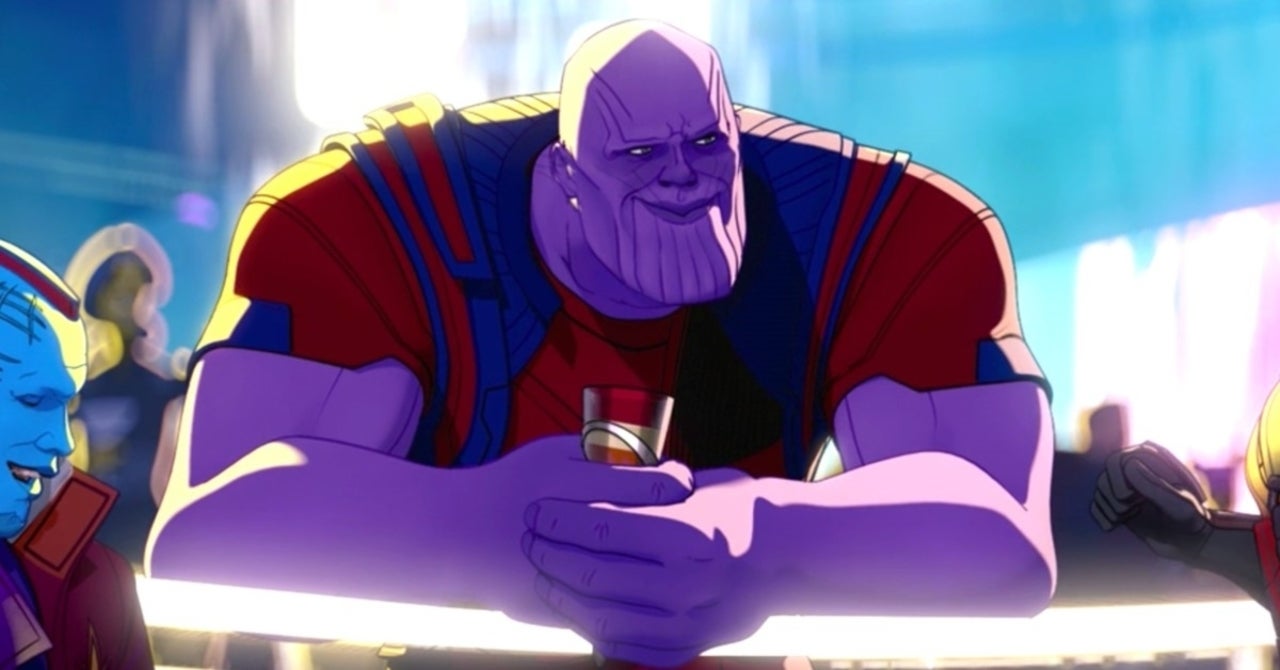 The second episode of Marvel’s What If…?, “What If… T’Challa Became a Star-Lord,” dropped on Disney+ this week and followed an alternate reality in which Yondu had picked up T’Challa from Earth instead of Peter Quill. The episode featured the voices of many Marvel stars including Chadwick Boseman as T’Challa, Michael Rooker as Yondu, Karen Gillan as Nebula, Benicio Del Toro as the Collector, Josh Brolin as Thanos, and more. It was especially fun to see Brolin return as Thanos due to the changes made to the character in this universe. After being convinced by T’Challa to abandon his plan to decimate half the universe, the character teams up with the Ravagers. During a recent interview with Discussing Film, head writer A.C. Bradley talked about the choice to include Thanos and his future on the series.

“It came from a few places,” Bradley explained. “We were writing it with Endgame coming out in a matter of weeks, or months. We’d already seen it. And so the Thanos question was looming large. And to be honest, we don’t really play around with Thanos in the rest of the series, because we did it so well here answering the Thanos question, which is, ‘Does this universe still have the snap?’ So we decided that like, ‘Wouldn’t it be funny if T’Challa just had a conversation with the man and convinced him that like, you know, genocide is not the answer.’ And that was almost like a joke that we were tossing around.”

She continued, “But then it gave us so many gifts, which is, without Thanos, there’s a power vacuum. And, you know, nature abhors a vacuum, so the Collector gains prominence. And then what can we do with Nebula? Gamora and T’Challa don’t seem like a match, and Gamora is so great with Peter Quill, we don’t want to split up the fan favorites. But there’s something about Nebula: if she had a somewhat normal, probably like late childhood teen years, what would she be like? And then her having this kind of fun banter with T’Challa, which is also by the way, a staple of heist movies. And in a way, she’s our Julia Roberts from Ocean’s 11. She’s the girl and Karen Gillan came in and she was an absolute delight. She brought so much more to that character and the role. ‘Cha Cha’ was actually her idea. I’m pretty sure it was her doing an ad-lib, which then we asked her to throw in a few more scenes because it was such a fun little moment.”

As for Brolin, the actor recently spoke with ACE Universe and opened up about what drew him to the role of Thanos in the first place.

“When I said yes to, to Thanos, you know, they’d given me a big Bible and really kind of talked me out but it wasn’t for you know a massive, massive part in two final films of a 10-year span. It was meant more as a cameo. So it was never the size of the role that that was like oh I want to do that because it’s going to push me further up into that fame or stardom or whatever. It was like what’s the role? The role, it’s not one of the Avengers, it’s the nemesis to all the Avengers,” Brolin explained.

New episodes of Marvel’s What If…? drop on Disney+ on Wednesdays.