What is your favorite last line in a movie? 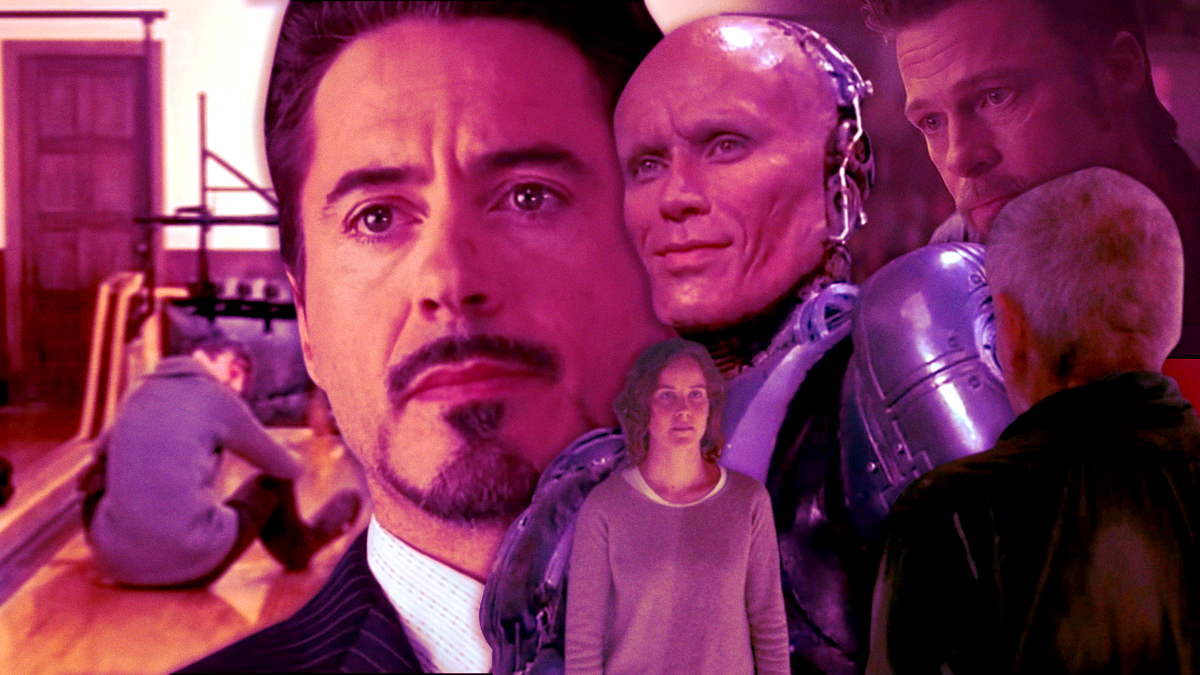 What is your favorite last line in a movie?

“I am Iron Man.” Even for someone who’s not always been the biggest fan of the MCU, I can’t deny the power of those four simple words. With a blunt declarative, Robert Downey Jr.’s Tony Stark made it clear that the then-nascent cinematic universe would not be about superheroes skulking in the darkness, hiding their identities from the world—but rockstars with costumes and powers. It also established, early on, that the most exciting things in this world wouldn’t involve CGI laser beams or beating up Jeff Bridges in a giant robot suit, but great actors steering completely into what would soon be some of the most iconic movie characters of all time. [William Hughes]

“America’s not a country—it’s just a business. Now fuckin’ pay me.”—Killing Them Softly

“America’s not a country—it’s just a business. Now fuckin’ pay me.”—Killing Them Softly

As tempted as I am to answer with, “I am Queens Boulevard,” I suppose I’ll go the more honest route. When it first came out, Andrew Dominick’s Killing Them Softly was a highly divisive little crime drama, largely well-received by critics yet earning the rare (dare I say coveted?) “F” CinemaScore from audiences. A decade later, the movie is… well, still divisive, frankly. But it’s got an all-timer of a concluding scene, with criminals played by Richard Jenkins and Brad Pitt initially haggling over the cost of a hit job, but smoothly segueing into a treatise on the hollow promise of American opportunity, undermined by its own rapacious capitalism. It ends with one of Pitt’s finest line deliveries: “America’s not a country—it’s just a business. Now fuckin’ pay me.” [Alex McLevy]

While I admit Nicole Kidman’s Eyes Wide Shut-capper is a close second, I’d be lying if her one-word expletive filled me with as much electricity as the ending of RoboCop, which sees the title character (Peter Weller) reclaiming his humanity by triumphantly saying his name: “Murphy.” Not only is it the perfect period to a perfect film about one man’s journey from beat cop to robot cop, but it’s also perfectly rebutted by the film’s end credit title card. Is he Murphy or is he RoboCop? Also, one time I saw this at a midnight screening, and a drunk dude in the front row woke up just in time for The Old Man (Dan O’Herlihy) to ask, “What’s your name?” Right before Murphy could answer, the guy blurted out, “RoboCop!” That’s what Vin Diesel was talking about when he said, “the movies.” [Matt Schimkowitz]

“I’m finished!”—There Will Be Blood

“I’m finished!”—There Will Be Blood

It’s funny how a great cinematic moment can be warped by its own memorability (and the memorability of the moments surrounding it). For years, I’ve been saying “I’m finished!” with all the mustard that Daniel Day-Lewis puts on There Will Be Blood’s final, eminently quotable confrontation between Daniel Plainview and Eli Sunday. But I was remembering it incorrectly: Day-Lewis reserves the sturm-und-drang for “DRAAAAINAGE!,” “I drink your milkshake,” “I am the third revelation,” and the bowling-pin bludgeoning of Eli—the oil-and-religion/religion-of-oil epic’s punctuation is much more understated. That doesn’t rob it of any punch, though. It’s still a great line, an exhalation-as-end-card and summation of Daniel’s destruction. His story, at least what we’ll see of it, is at an end; pity all the real-world Daniel Plainviews still had plenty more havoc to wreak. [Erik Adams]

Both Blade Runner movies pull a trick of not really being about the guy who serves as the protagonist. The first highlights this with Roy Batty’s “tears in rain” monologue, during which Harrison Ford’s Rick Deckard stays completely silent, and Denis Villeneuve’s Blade Runner 2049 ends with another moment that stuns Deckard into silence. The plot of 2049 concerns Deckard’s miracle replicant daughter, whose existence should be impossible, and it ends with him meeting her—now fully grown—for the first time: “Beautiful, isn’t it?” Carla Juri’s Ana asks. Deckard doesn’t respond, because it’s not his story and it never was, but his silence says more than he could anyway. [Sam Barsanti]

“Baby, you are gonna miss that plane.”—Before Sunset

“Baby, you are gonna miss that plane.”—Before Sunset

Before Sunset—the sublime romantic drama from Richard Linklater, and sequel to Before Sunrise—is wall-to-wall romantic tension, and its closing line is all about release. Sunset opens with star-crossed lovers Céline (Julie Delpy) and Jesse (Ethan Hawke) reuniting for the first time since spending a night together nine years prior. With just an hour before Jesse leaves for the airport, the couple embark on a contemplative stroll through Paris, the fate of their relationship hanging in the balance. What follows is an hour of flirtatious banter, stimulating conversation, and aching sexual tension, culminating in a final scene where the question of “Will they, or won’t they?” is finally answered: While dancing to Nina Simone, Céline turns to Jesse and says, “Baby, you are gonna miss that plane,” to which he responds, “I know.” [Baraka Kaseko]

In Anarene, Texas, where everything is dead or dying, the affair between high school student Sonny (Timothy Bottoms) and the lonely married Ruth Popper (Cloris Leachman) is a rare sign of life. Of all of the characters in The Last Picture Show, they’re the two who find the most pure joy with each other, which makes his eventual betrayal of her all the more heartbreaking. When Sonny visits after his friend dies, looking for comfort, he finds a dejected, ruined woman, apologizing for still wearing her bathrobe in the middle of the day. Like so many people of the town, they’ve become victims to one irrevocable mistake. Ruth’s “Never you mind, honey. Never you mind,” sounds soothing on its surface, but her dazed tone renders the sentiment bleaker than anything that’s come before it. It’s nearly impossible to think of how the story continues. [Laura Adamczyk]

Of all of David Lynch’s work, the contrast between wholesome surface and depraved underbelly is most pronounced in Blue Velvet, a movie that begins with a severed ear in a sunny field and ends with a mechanical robin eating a cockroach. The film charts the coming-of-age of Jeffrey Beaumont (Kyle MacLachlan), a college student whose innocence is shattered when he meets nightclub singer Dorothy Valens (Isabella Rossellini); although Jeffrey’s naive girlfriend Sandy (Laura Dern) is sheltered from much of what happens between Dorothy and Jeffrey, she, too, receives a lesson in the darker side of life. So while the facade of small-town Americana is restored at the end of the film, there’s a wistful tone in Dern’s voice when she turns to MacLachlan and says, “It’s a strange world, isn’t it?” The persistence of hope in the face of evil is a major theme in Lynch’s work, and with that one line, he encapsulates that philosophy with dreamy simplicity. [Katie Rife]