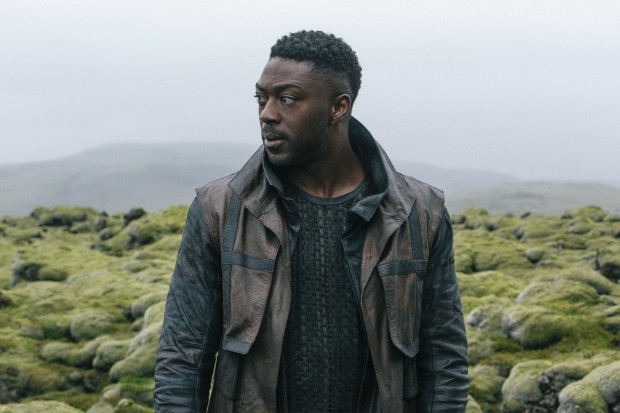 The fourth season of Star Trek: Discovery is finally being released in the UK on Pluto TV.

International fans were left reeling after the season four launch on Netflix was scrapped last week, with Star Trek’s official Twitter account announcing that it would premiere exclusively via Paramount Plus, which initially had no plans to launch in the UK and other territories until 2022.

However, following outcry from fans and from Star Trek: Discovery cast members, a huge new decision for its distribution has been reached.

Fans will be thrilled to hear that Star Trek: Discovery will now roll out internationally on Paramount Plus and Pluto TV later this month.

Here’s everything we know so far about when and how Star Trek: Discovery season four will become available in the UK.

When is Star Trek Discovery available in the UK?

The first two episodes of Star Trek: Discovery available to watch on the Pluto TV Sci-fi channel in the UK on Friday 26th November at 9pm.

A statement on the official website for the franchise confirmed the huge news: “To all of the International Star Trek: Discovery fans: we hear you. We love this series too. We love it for the incredible cast, the hardworking crew, the imaginative storytelling, the groundbreaking, diverse characters who bring the show to life and what it represents to so many people around the world. Star Trek has always put its fans first. We want to do the same.

“Therefore, during this transition, we are doing everything we can to get the new season to you as soon as possible.”

The statement added: “In Austria, France, Germany, Italy, Spain, Switzerland, and the United Kingdom, Pluto TV, the leading free streaming television service, will drop new episodes at 9pm local time on the Pluto TV Sci-Fi channel each Friday, Saturday and Sunday, with a simulcast running on the Star Trek channel in Austria, Switzerland, and Germany.”

How can I watch Star Trek Discovery in the UK?

Launched by Viacom CBS, the service was recently rolled out across the UK with over 100 channels and thousands of shows and movies available on demand.

Star Trek fans will be pleased to hear that you don’t have to sign up to the service, which is free.

How can I watch Pluto TV?

You can watch Pluto TV online or download it as an app – via Apple App Store, Amazon Appstore or Google Play.

When is Star Trek Discovery season 4 released on Paramount Plus?

It appeared on the streaming service at midnight Pacific and 3am Eastern Time.

However, in a huge new decision, the first two episodes of Star Trek Discovery will now launch internationally on Paramount Plus on Friday 26th November 2021, it has now been revealed.

ViacomCBS previously announced it was bringing Star Trek: Discovery home to its own streaming service, meaning that Star Trek: Discovery season 4, as well as previous seasons, would only be made available in early 2022 to international viewers on their local versions of Paramount+.

Explaining the huge change, ViacomCBS international streaming boss Kelly Day recently told Deadline: “As we rapidly expand our global streaming footprint, we are bringing more of our top titles home to ViacomCBS for Paramount+ markets around the world.

“We have a strong global and local content pipeline that positions us for success across our regions, and repatriating beloved series like Star Trek: Discovery for Paramount+ is another step forward as we bring fans more must-watch series worldwide.”

Will Star Trek Discovery be available on Netflix?

No, as detailed above, Star Trek: Discovery will be leaving Netflix for good.

In addition, the current three seasons of Discovery were pulled from Netflix in all international regions last week.

Star Trek: Discovery won’t be available in the UK until 2022. Looking for something else to watch? Check out our guide to the best series on Netflix and best movies on Netflix, or visit our TV Guide.
Share on FacebookShare on TwitterShare on PinterestShare on LinkedIn Share on TumblrShare on RedditShare on VKontakte
adminNovember 25, 2021