Where Are The Jesus Camp Children Now? 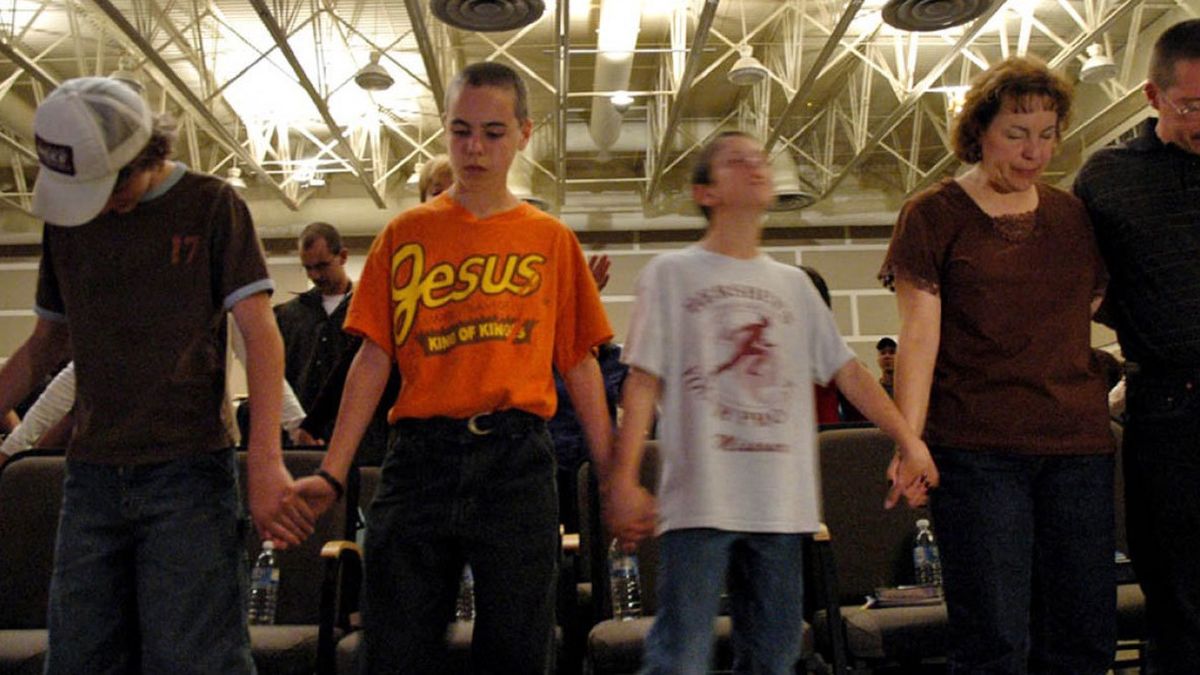 A chilling portrayal of a section of the evangelical Christian community, ‘Jesus Camp’ is a 2006 documentary that chronicles the events at the ‘Kids on Fire School of Ministry’ camp run by Becky Fischer and her ministry in Devil’s Lake, North Dakota. The camp is shown to make children believe that they have gifts that they can use to spread the word of Christ throughout America. Throughout its runtime, the film focuses on devout Christian kids from a Christian background who were in the camp in 2005.

Following the documentary’s release, numerous controversies surrounded the summer camp, including those that showed concerns about it being a form of alleged child abuse and how hate for non-Christians was reportedly spread. The numerous controversies and rumors eventually saw the camp vandalized, which led to it closing its doors forever. If you are interested to know more about the kids in the camp and how they are doing today, we have got you covered.

Rachael Elhardt was genuinely dedicated to her faith during her time at the camp. She had robust notions about right and wrong and loved imposing her views on others. Rachael had a strong belief that if one did not sing, dance, and pray loudly to God, he would not enter their church. This is precisely why she called churches with silent sermons as “dead churches.” Even at such a young age, Rachael was already trying to convert people into her faith which she viewed as “saving” the people who needed “saving.”

A few years after appearing on the show, Rachael shared an update through Becky Fischer’s Facebook page, where she informed her followers that she was still a devout evangelical Christian and was residing in North Dakota as of that moment. However, in January 2014, Rachael uploaded a video where she mentioned that she almost converted away from Christianity because it wasn’t giving her the euphoria she felt she should receive. Still, at the last moment, Rachael changed her mind and stuck to her faith. Around that time, she was also studying to become a teacher.

At present, Rachael is happily married to her husband, Ryan Franus. As a sign of commitment to their marriage, Rachael even changed her name on Facebook to Rachael Franus. According to Ryan’s bio on Facebook, he appears to be a teacher. She and her husband seem happy with each other and share a wonderful home with their adorable dog.

During the camp, Andrew Sommerkamp was a scared 10-year-old who was often unsure about his faith. However, surrounded by devout Christian children in the camp, he felt as if his questioning of the religion was a disability that resulted in him being ashamed of his actions. A simple thing like not understanding or even doubting what the Bible said brought the small kid to tears as he tried to keep up with his camp-mates. 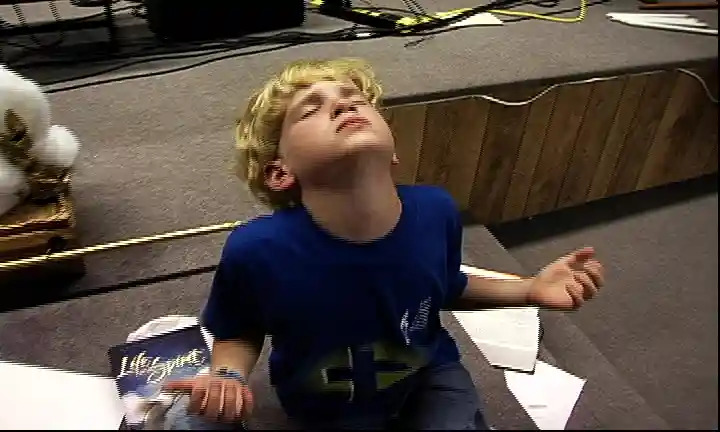 A few years after ‘Jesus Camp’ was aired, Andrew finally left Christianity. Although it is unknown if his doubts about the religion grew with age, Andrew’s catalyst to leaving the religion was his father coming out as gay. In 2016, Andrew was found to be living in Mount Sashta, California, where he was accompanying a group of spiritual seekers. He did not hold any grudge against his previous religion. Furthermore, The Guardian reported that Andrew found serenity and peace through his interests in “eastern mysticism, quantum mechanics, and psychotropic drugs.”

When talking about his experiences in ‘Jesus Camp,’ Andrew said, “Was it child abuse? Yes and no. I think they had the best of intentions, but I see it as sick people trying to treat sick people. It’s their coping mechanism for figuring out why we’re alive.” However, he said he was thankful for the experience and did not regret it. At present, Andrew lives a life away from the clutches of social media. He prefers to keep his personal life under wraps, and thus his present whereabouts are unknown. However, we hope he is happily living life the way he wants with his happy-go-lucky attitude.

Arguably the most fervent of all the children that feature in the show, Levi O’ Brien was 12 when he appeared on ‘Jesus Camp.’ He already envisioned himself as a preacher by then and had taken quite a few sermons in his father’s church. Throughout his childhood, Levi was home-schooled using books that claimed basic science to be false. He was brought up with false notions and facts, making him severely non-tolerant towards non-Christians. Even while on the show, Levi often spoke about how he disliked people who did not subscribe to his brand of evangelical Christianity.

When the Guardian caught up with him in 2016, Levi hadn’t changed his way of life. During that time, he worked as a staff member of World Revival Ministries and appeared to be quite happy with his life as he said, “I have peace in my mind, I have drive and purpose and character.” At present, Levi is happily married to his wife, Shannae Carman O’Brien, whom he married in August 2016. He works at Watchmen Security Services. The couple appears to be happy and is proud parents to an adorable boy named Asa James.

In early November 2020, the couple had to go through a dark time when Shannae suffered a miscarriage just a month into her second pregnancy. However, they have since leaned on their faith and recovered from the shock. In May 2021, the couple announced that their second baby would arrive in December 2021. Both Levi and his wife are proud devout Christian and have unshakeable faith in their religion. Currently, the pair, along with their son, live in Kansas, Missouri.

Tory’s father was an active-duty soldier, and thus, her mother was alone at home to tend to the couple’s children. As a result, Tory was home-schooled from her childhood. In the film, she came across as an avid dancer, but she had a strong notion about the difference between dancing for God and dancing for one’s own pleasure. Even as a young girl, Tory abhorred music artists who based their songs around relationships or romance. Her thoughts were summed up perfectly when she said on camera, “When I dance, I really have to make sure that that’s God, because people will notice when I’m dancing for the flesh.”

Sources reported that in 2014, Tory was reportedly a sophomore in college. She still hadn’t let go of her love for dance, and her subjects in college were dance and communications. Some speculations claimed that Tory might have left the Evangelical way for a short period after her time in the camp but soon returned to her faith. However, these speculations have not been confirmed.

Nowadays, Tory is leading a happy life with her family and friends. Her social media profile tells us that she is a graduate of the University of Kansas. Currently, she is lives in Kansas, Missouri, and seems to be really contented in her present circumstance. It is lovely to see how even with such a strict upbringing, Tory has managed to carve out a niche for herself and is excelling in life.