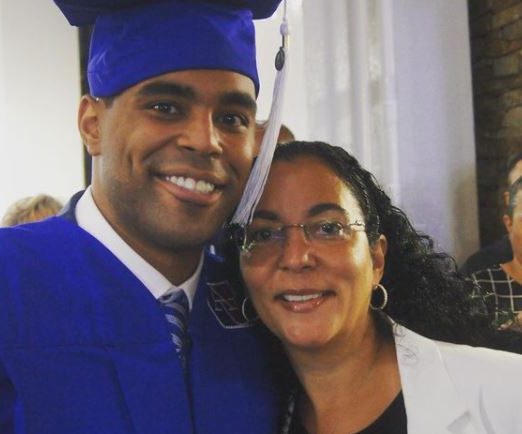 ‘Mike Tyson: The Knockout’ is a two-part documentary series that profiles all the aspects of the former professional boxer’s climb, crash, and return to his occupation in complete detail. By incorporating his 1992 conviction for rape and personal, romantic struggles as well, it delves deep into how Michael “Mike” Gerard Tyson became the man he is today. Of course, with that, his marriages came to light, and special attention went to his second wife, Monica Turner, who’d stayed with him throughout the most turbulent times of his life. So now, let’s find out more about her, shall we?

Who is Monica Turner?

Born and raised in Washington D.C., Monica Teresa Turner met Mike Tyson by chance at a party thrown by comedian-actor Eddie Murphy at his home in New Jersey in 1990. A connection sparked almost immediately, and they stayed in touch in the years that followed. In fact, when the boxer went to prison on charges of rape and deviated conduct, Monica visited him every two weeks to keep their relationship going. As per a few reports, the pre-med student and beauty pageant contestant often left her course work to see him. Therefore, after Mike was released and had settled down a little, they tied the knot.

In April 1997, Monica and Mike married in a Muslim ceremony, inviting only those closest to them. They had decided to set up their base in Maryland, where they hoped to lead a quiet life, but it didn’t go as planned. Although they gladly welcomed two children, son Amir and daughter Rayna, Monica was usually left alone to take care of them as Mike spent most of his days working and away from the state. Ultimately, in early 2002, the half-sister of former Maryland Lieutenant Governor, Michael Steele, filed for divorce, citing Mike’s apparent infidelity and extravagant spending habits.

Where is Monica Turner Now?

Monica Turner, who has always been private about her life, has never publicly spoken of her tumultuous union with Mike Tyson — not when their divorce proceedings were going on or after its finalization. All we know is that it took months of negotiations before the couple reached a $6.5 million settlement, which a judge granted in January 2003. Because Monica was the one raising their two children, along with Mike’s daughter from a previous relationship, we assume this is one of the reasons why she was given primary custody of them. In fact, despite all this, Mike appears to be close with his children to this day.

From what we can tell, Monica Turner currently serves as a pediatrician in Bethesda, Maryland, and is a member of APP, the American Academy of Pediatrics. Moreover, even though her time largely gets consumed by her work in the medical field, she still succeeds in being an active member of the community and associates herself with numerous NGOs. According to her Instagram profile, which is set on private, she also serves as the COO of Debonair Attire, the apparel company founded by her and Mike Tyson’s son, Amir. Still, Monica continues to stay away from the spotlight.