Where is Samson Shelton Now? Lifetime’s ‘Left for Dead: The Ashley Reeves Story,’ as the title suggests, is a movie that profiles the 2006 attempted murder of Columbia High School junior Ashley Reeves at the hands of her former teacher. On the afternoon of April 27, the 17-year-old met up with then-26-year-old Samson Shelton, which led to an altercation that ultimately resulted in her almost losing her life. After all, she spent roughly 30 grueling hours in the woods, unable to move or call for help due to her wounds. So now, if you’re curious to know more about Samson and his current whereabouts, we’ve got you covered.

Who is Samson Shelton?

Back in 2006, Samson Shelton was a Freeburg High driver’s and physical-education instructor who was also an aspiring pro wrestler calling himself “The Teacher.” While some considered him to be charming and attractive, others said that Samson was a bit self-absorbed. Yet, his true reality only came to light when investigators began questioning him on April 28. He’d been caught on surveillance tape the evening before at a dance club, but since Ashley’s friends asserted their romantic relationship and a few cops found her car right near where he resided, he had to be wholly examined.

Initially, Samson seemed cooperative, explaining that he and Ashley were strictly platonic, despite all the claims, and played basketball together. He also added that she was growing infatuated with him, causing him to snub her. However, as time passed, Samson changed his narrative frequently. From saying that he’d only hugged her to admitting sexual intimacy with Ashley in the back of a vehicle to alleging a breakup conversation started by him, he went in several different directions before confessing to strangling the minor with his hands and belt. The interrogation lasted over 12 hours, but he also revealed her location and was consequently charged and arrested.

Where is Samson Shelton?

Even though Samson Shelton had confessed, he was released on bail and placed under house arrest quite swiftly. Subsequently, just before he was to face trial, the police responded to an attempted suicide call made from his home; he’d devoured a potentially lethal mix of prescription medications and alcohol. There was a handwritten “do not resuscitate” sign on his chest, but as EMTs moved in to revive him, he reportedly attacked them, spitting and punching. Then, in the hospital, he supposedly threw racial slurs and caused a commotion. Samson’s mental well-being was thus questioned by a district judge. 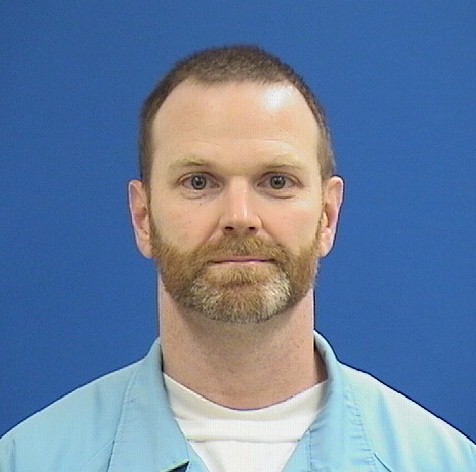 After a month of medical evaluations and contentions by prosecutors that Samson was merely trying to gain empathy from the public and viable jury members, he was officially ascertained to be mentally competent to stand trial. Ultimately, though, in 2007, he accepted a plea agreement signed off by both Ashley’s family and the District Attorney’s Office. As per the same, he was convicted of attempted first-degree murder and sentenced to 20 years in prison.

Samson refused to address the court or even apologize to his victim when given a chance. So, today, at the age of 41, he remains incarcerated at the medium-security Hill Correctional Center in Galesburg. He’ll be eligible for parole in spring 2024, but his original projected discharge date is April 22, 2027. We should also mention, Samson had charges of attempted battery against his name for attacking the responders during his apparent suicide attempt, but they were dismissed in February 2010.