Where is The Family Man Filmed? ‘The Family Man’ is an Indian spy thriller about an accomplished secret agent struggling to balance his weathered family life and explosively dangerous job. The series, which sees Srikant Tiwari shuttling between languid morning yoga sessions in his urban middle-class housing society and dangerous terrorist hideouts, showcases an incredible variety of backdrops. The ever-changing scenery, apart from emphasizing the ground-level complexities of espionage in a country as diverse as India, also nods at the series’ pointed portrayal of Tiwari’s dual-life. If you’re wondering where ‘The Family Man’ got its diverse social fabric of a backdrop, we might have some answers for you!

‘The Family Man’ explores the geopolitical backdrop of terrorism in India as tracked by a secret agent based in the city of Mumbai. The series, therefore, takes place largely in the bustling megapolis and ventures to other places of importance like the capital city of New Delhi, the coastal cities of Chennai and Kochi, and the turbulent north Indian region of Kashmir. The mountainous province of Balochistan, in Pakistan, is also depicted using the latter as a stand-in.

Filming for the series took the production team to all of these locations barring Balochistan, and season 1 wrapped up filming in May 2019. Production of season 2 was significantly delayed due to the Covid-19 pandemic and, after starting in November 2019, wrapped up in September 2020. Let’s take a closer look at the specific filming locations used in this quirky, albeit gritty, spy action thriller.

Filming for ‘The Family Man’ takes place predominantly in the bustling city of Mumbai, where Tiwari is an agent at the Threat Analysis and Surveillance Cell. Like many other gritty productions based in the city, it utilizes a variety of backdrops that Mumbai has to offer. The Mira Road train station on Lal Bahadur Shastri Marg is the local train station where Tiwari and his colleague are seen regularly bantering and sipping tea. Their dimly lit nightly hangout is actually the Hill n Sea restaurant, which is located at 193/25, Ghodbunder Road, Mira Road.

The Saint Andrews High School on 55, St. Domnic Road, Bandra West, is used to portray Tiwari’s children’s school, whilst scenes featuring the exterior of the family apartment are filmed at the Swastik Society in Brahmand, Thane West. Other filming locations in the city include Tilak Bridge in Dadar, Fortis Hospital (where Moosa recovers from his injuries) at Mulund Goregaon Link Road, and the art district of Kala Ghoda, which features a bomb scare.

The filmmakers, whilst talking about the challenges of shooting in the city, mentioned how they had to film their hospital scenes in a working hospital with actual patients. The scenes, which included a gunfight to boot, had to be shot as quietly as possible to not disturb the critically ill around them. They went on to mention how filming in many parts of the city was further hindered because of the constant construction everywhere. 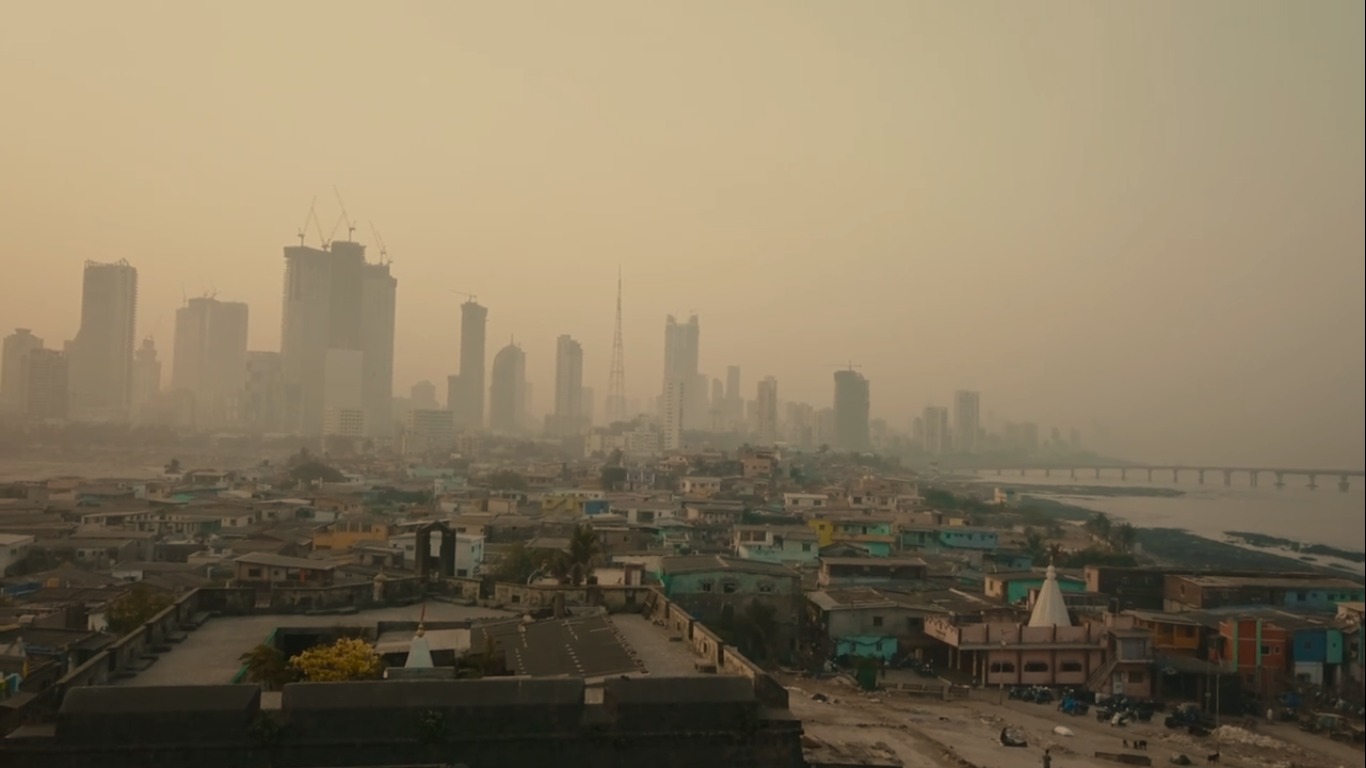 The Ballard Estate financial district in the city’s old Fort area was also taken over by the production crew to film one of their signature long, single-take scenes that they use to give the show its grounded aesthetic. The shot, according to series co-creator Raj Nidimoru, included the camera initially being inside a car, after which it came out of the car and followed a character running down the street, all in one take. Let’s just say it was a good thing they didn’t attempt to film the scene during the bustling daytime.

Filming also took place extensively in the Jammu and Kashmir union territory region in the north of India. Due to the geopolitical instability in the area, filming here was especially challenging but made for stunning visuals. Scenes featuring the Balochistan province in Pakistan were filmed at the Moore Plains in Leh District in the Ladakh union territory.

The summer capital of the region, Srinagar, also features many of its distinctive locations in the show including the famous Dal Lake and Lal Chowk, the city square. Hotel Dar-Es-Salam, located on Hazratbal Road in Karapura in the city, was used to film a rendezvous scene that takes place in the city of Quetta in Balochistan.

Other Locations in India

Other locations in India include the metropolis of Chennai on the east coast, which is featured mostly in season 2. The western coastal state of Kerala is also featured on the show. Filming here took place in the major port city of Kochi as well as in the small town of Bekal in the Kasaragod district.

The production team also spent time filming in the national capital of Delhi. Scenes shot here feature Tiwari and various politicians and help portray the authenticity of the geopolitical situations presented in the show.