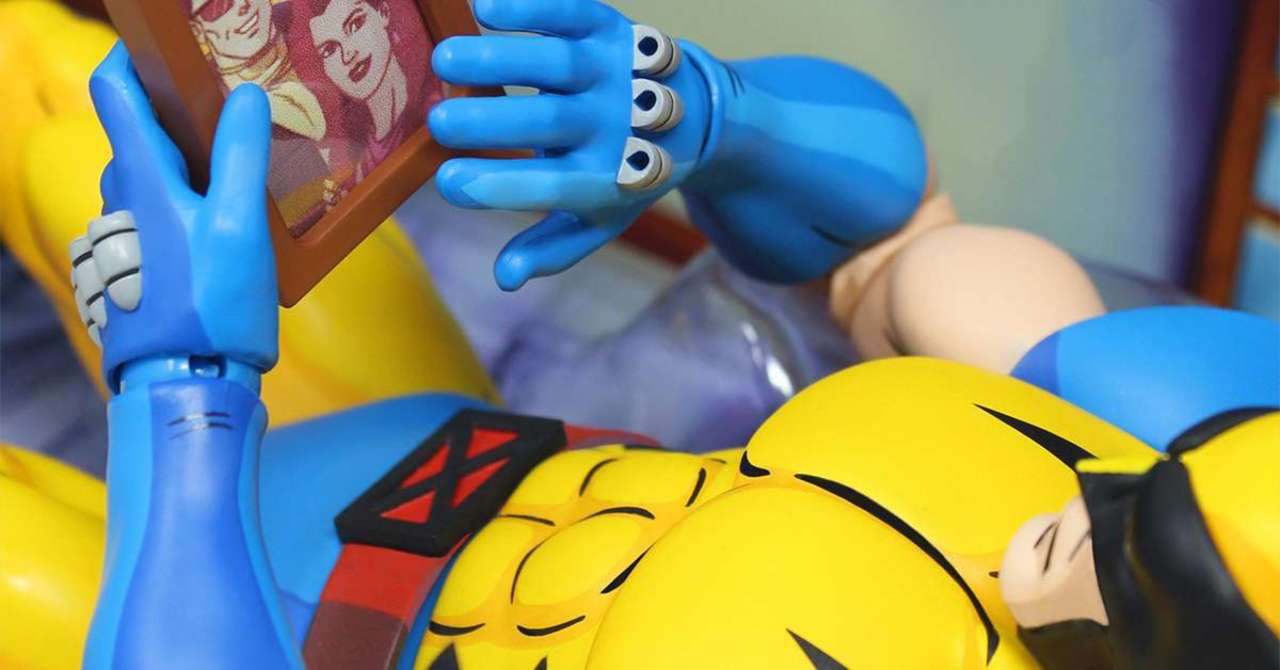 San Diego Comic-Con 2021 aka [email protected] doesn’t kick off until July 23rd, but Mondo may have already won best in show as far as exclusives are concerned. They’re set to release a 1/6 scale figure of the Wolverine Crush meme that was born from a 1993 episode of X-Men: The Animated Series.

In the episode, Wolverine gazes upon picture of Jean Grey and Cyclops with sadness and jealousy. The scene launched countless memes over the years, each with a different picture in the frame. Mondo’s figure is a faithful recreation of that moment, though it’s unclear whether or not the picture frame included with the figure can be easily customized for real life meme-making.

Thanks to IGN, we do know that the Wolverine meme figure will include a limited Edition Sad Masked Head, Neutral Masked Head, Angry Masked Head, Logan Unmasked Head, Morph Head, Picture Frame with Scott Summers and Jean Grey, alternate hands, and an effects piece. So you can choose to display a battle-ready version of Wolverine that isn’t feeling sorry for himself, though the meme mode is made even better thanks to the brilliant bed-themed packaging.

The Wolverine Meme figure is referred to as a “Limited Edition SDCC Variant”, so we might see a standard version released at that time as well. We expect that whatever they release will be gone in the blink of an eye, so make sure to be ready and waiting to buy before launch time. Pre-orders for the figure will be available here at the Mondo Shop starting on Friday, July 23 at 10am PT/1pm ET.

Finally, Mondo will be releasing a 18″x24″ screenprint poster entitled X-Men: The Animated Series – Night of the Sentinels in regular and variant editions priced at $50 and $70, respectively. They will be available to order at Mondo Shop starting on Friday, July 23 at 10am PT/1pm ET.

X-Men: The Animated Series is currently available to stream on Disney+.