Wrath of Man UK release date: Cast, trailer and where to watch online 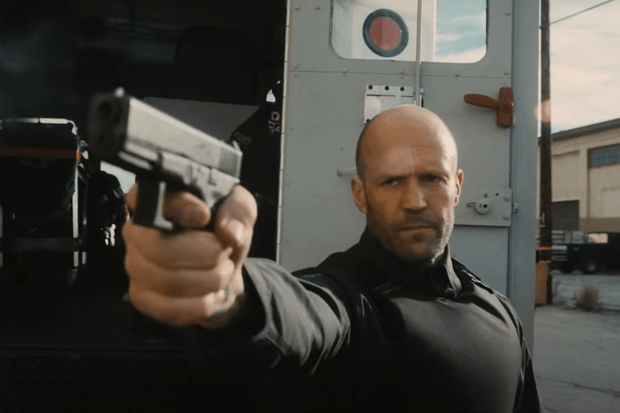 Guy Ritchie is a director who made his name making authentically British gangster films, often with frequent collaborator and fellow Englishman Jason Statham.

It’s somewhat perplexing then that the pair’s latest film has not yet been released here in good old Blighty, despite debuting in cinemas in the US and internationally in early 2021.

However after several months and a scrapped theatrical release, we finally have a release date for Ritchie and Statham’s first film together after 15 years – and best of all, you can watch it from the comfort of your own home.

Here’s everything you need to know about Wrath of Man.

Wrath of Man will be released on Amazon Prime Video in the UK in December 2021.

The movie was released in cinemas internationally back in April 2021, and is already available on Blu-ray and on-demand in several territories.

However despite the involvement of English icons such as Jason Statham and Guy Ritchie, the film will not receive a theatrical release in the UK and Ireland.

Wrath of Man was initially pencilled in for a UK cinema release on 23rd July 2021 in the UK, only to later be pulled from the theatres due to the pandemic – with a streaming release on Amazon later confirmed in September.

The big draw is of course Jason Statham, who has cemented himself as a dependable action man over the years and is more than comfortable as the stoic lead of a crime caper. He will be reunited with director Guy Ritchie, who gave the former model his first acting job in his own directorial debut Lock, Stock and Two Smoking Barrels.

Scott Eastwood (Fast & Furious 8), Laz Alonso (The Boys) and DeObia Oparei (Loki) round out the cast as former members of Jackson’s platoon, along with Andy Garcia (The Godfather Part III) as an FBI agent with an interest in H.

Oh, and look out for an uncredited cameo from Post Malone as a robber!

Wrath of Man: Where to watch

Despite initial plans for a release in cinemas, Wrath of Man will be exclusive to Amazon Prime Video in the UK.

It will therefore not be available to rent or buy elsewhere, despite being able to purchase on DVD, Blu-ray and digitally in several other countries.

Wrath of Man online: Is it streaming?

Wrath of Man will only be streaming on Amazon Prime Video in the UK.

However there are several more streaming options in the US and other international markets, where the film opened in cinemas earlier in May 2021.

Wrath of Man is available to rent or buy on Apple TV, Amazon Prime Video, Google Play, Fandango Now, Vudu, Xbox, Redbox and Verizon in the US.

As with many of Guy Ritchie’s later films, Wrath of Man has received mixed reviews, though most agree the film delivers the intense thrill ride one would expect from a Ritchie and Statham team-up. The film currently stands at 66 per cent on Rotten Tomatoes and 57 per cent on Metacritic – but the audience scores are much higher at 90 per cent and 6.9 respectively.

Ritchie and Statham were the focus of much of the praise, with K. Austin Collins of Rolling Stone saying that the duo have “got the compatible swagger that makes the movie worth watching”, adding that “combine the two and you get swift, muscular and — perhaps best of all — coherent action.”

Ritchie, in particular, was commended, with Matt Zoller Seitz of RogerEbert.com going as far to say that “Wrath of Man is one of Guy Ritchie’s best-directed movies—and one of his most surprising, at least in terms of style and tone.”

Peter Debruge of Variety echoed Seitz’s praise, saying: “A few years ago, when Sam Mendes left the Bond franchise, Ritchie’s name was floated as a possible replacement. He didn’t take the gig, but Wrath of Man shows that he certainly could have, classing up his signature technique while never quite abandoning the cockney swagger.”

The Guardian‘s Benjamin Lee was not quite as complimentary in his three-star review, but did add: “while hinged on a threadbare plot as familiar as it is forgettable, this sinewy action B-movie delivers just about enough primal entertainment.”

However, there were a few more critical reviews, as Richard Roeper of the Chicago Sun-Times said “tired, uninspired and meandering, Wrath of Man is a step backward for Ritchie”, while Screen Daily‘s Tim Grierson of Screen Daily wrote: “The empty swagger leaves the whole enterprise feeling a bit mechanical — a heist without the faintest whiff of escapist pleasure.”

Wrath of Man is set to be released on Amazon Prime Video in December 2021. If you’re looking for something else to watch, check out our TV Guide or visit our Movies hub for all the latest news.