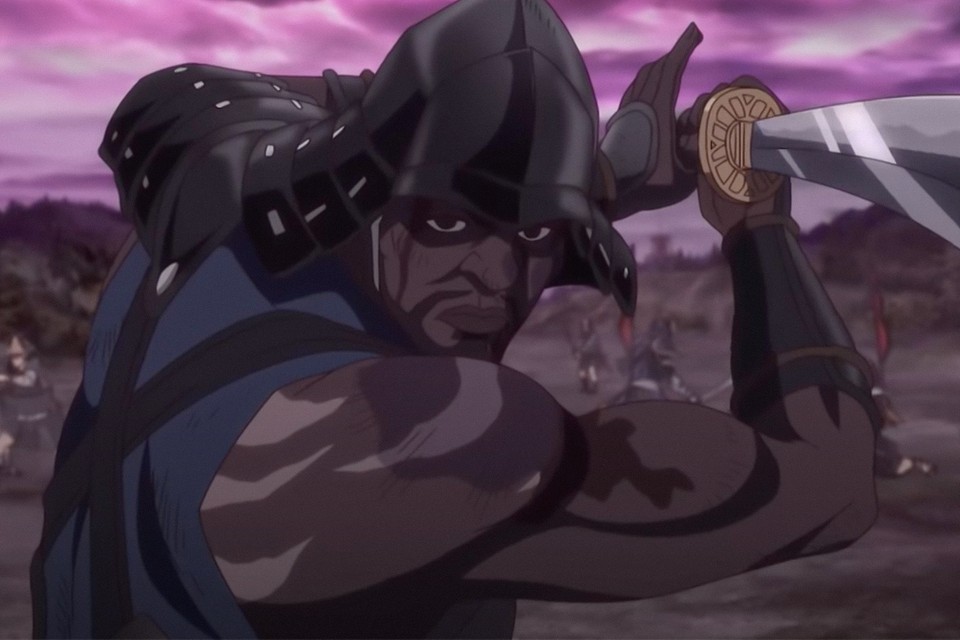 Set in an alternate version of the Sengoku period, ‘Yasuke’ is a period fantasy action anime series that tells the story of the eponymous African expatriate (LaKeith Stanfield) who rose from being a slave to a samurai and retainer under the powerful and influential Oda Nobunaga (Takehiro Hira). 20 years after the fall and death of his lord, Yasuke finds a sense of purpose again when he has to protect a young girl with incredible abilities from mercenaries, a mutant priest, and the daimyo who usurped Nobunaga.

The series creator, LeSean Thomas, has previously been involved in projects like ‘The Legend of Korra’ and ‘Black Dynamite.’ ‘Yasuke’ is his second Netflix ONA since ‘Cannon Busters,’ and the series is a visual spectacle comprised of gorgeous animation and exceptional action sequences. At the heart of the story is the evolving bond between Yasuke and his new charge, Saki (Maya Tanida). Here is everything you need to know about the ending of ‘Yasuke’ season 1. SPOILERS AHEAD.

In 1579, at the Nanban Trade Port, Eusebio Ibrahimo Baloi of the Yao people saves a young boy from an angry samurai and earns the favor of Nobunaga, who happens to be there that day. Nobunaga acquires Eusebio from his Jesuit owner and renames him Yasuke. Within the next few years, Yasuke rapidly rises through the ranks to become the Nobunaga’s most trusted and greatest commander, proving his worth as a samurai both on and off the battlefield. Nobunaga, infused with the grand vision of a unified Japan, is radically progressive in certain things. Among his retainers, there is also a woman, Natsumaru (Ming-Na Wen).

As the two of them face constant prejudice from the traditionalists among Nobunaga’s retainers, a strong bond develops between them. However, it is revealed that Natsumaru is a spy for one of Nobunaga’s greatest rivals, Hattori Hanzō, and Yasuke is forced to kill her. Ultimately, Nobunaga is betrayed by one of his traditionalist retainers, Akechi Mitsuhide (Noshir Dalal), and commits seppuku, with Yasuke serving as his kaishakunin or second.

20 years later, Yasuke lives in a remote village under a new name, Yassan the boatman. He is perpetually drunk, avoids conflict, and has nightmares about Nobunaga’s death. When Ichika (Gwendoline Yeo), the mother of a sickly girl named Saki, asks him to take them to a doctor far away in the north, Yasuke initially declines. But eventually, because of his sense of honor and duty, he agrees to take the girl and her mother to that doctor.

In the season finale, the doctor, Morisuke (Paul Nakauchi), with Achoja’s (William Christopher Stephens) help, defends his people against the colossal monster created by the Yami no Daimyo (Amy Hill) out of her own soldiers. Meanwhile, Yasuke and Saki infiltrate the Azuchi Castle, Nobunaga’s former home, to kill the current daimyo and end her tyrannical reign. 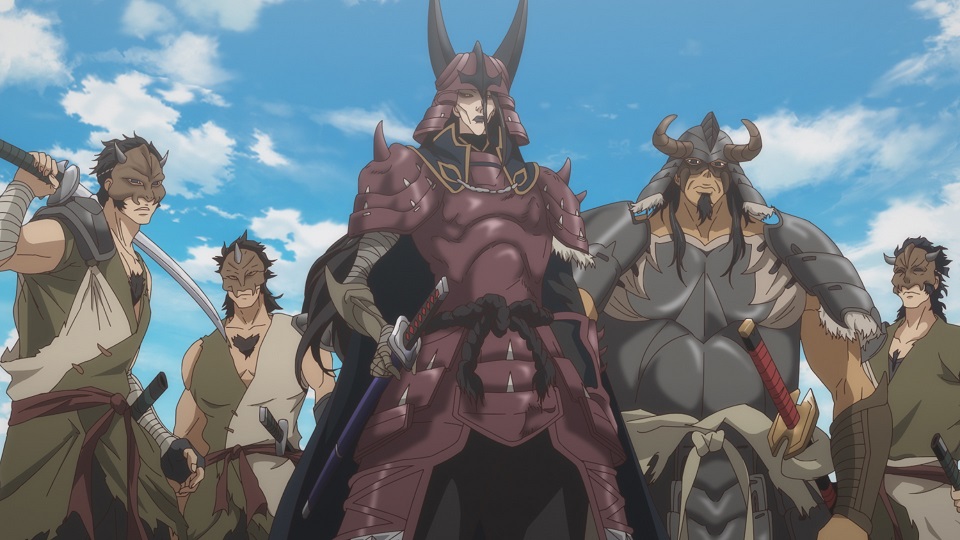 Yes, Yasuke dies during his and Saki’s fight against the daimyo. But he is brought back to life by Saki’s incredible powers. ‘Yasuke’ season 1 has two different primary antagonists, Abraham (Dan Donohue), a Christian priest, and the daimyo. The latter comes for Saki after realizing what the young girl essentially is — the daimyo’s reckoning, sent by the land itself over which she has ruled since she overthrew Nobunaga with the help of Mitsuhide, whom she turned into the Dark General.

The daimyo is a witch who has lived for hundreds of years by drawing sustenance from the land. But ironically, the same land has become her prison and the Azuchi Castle, a glorified tomb. According to her, the land seeks balance, and that is why it has sent someone with Saki’s abilities. However, the daimyo plans to make the young girl her salvation by absorbing her powers. And she almost succeeds during her climactic battle with Saki and Yasuke.

Even though Yasuke sacrifices himself by putting his body between her threads and Saki, the threads run through him and encase Saki in a cocoon. Unfortunately for the daimyo, this triggers Saki’s own transition. Instead of the daimyo draining Saki of her powers, the latter absorbs all the abilities of the former, becoming the vessel of the balance and leaving the daimyo as a husk of threads and bones. Saki’s illness goes away because her powers are now in harmony with her body, and she is able to resurrect Yasuke. 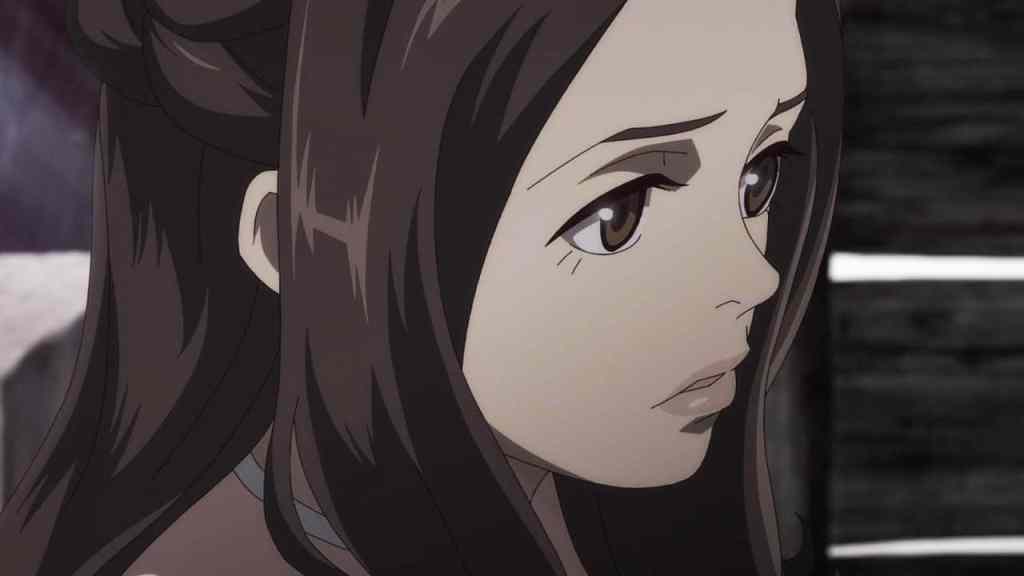 Yes, Ichika is likely dead, even though it isn’t explicitly shown. Abraham was the one who originally found Saki. If what he tells Saki is true, he bought her from her parents and put her in Ichika’s care, intending to use her to usher in a new age in Europe and for Christianity. But Ichika ran away with Saki and eventually came to the village. As Saki’s powers start to grow and her body becomes an adequate vessel for it, Ichika realizes that Saki needs Morisuke’s help.

Morisuke is a magic user himself and fought alongside Yasuke under Nobunaga. Ichika seems to have a connection with Natsumaru’s clan and carries a necklace with a pendant resembling its insignia. To find Ichika and Saki, Abraham hires a team of mercenaries that includes Achoja, a shaman from Africa; Nikita (Julie Marcus), a Russian werebear; Haruto (Darren Criss), a robot; and Ishikawa (Dia Frampton), a woman who is extraordinarily skilled with knives.

During their first encounter with Yasuke, Saki, and Ichika, Saki’s power gets triggered, seemingly killing Ichika. At the end of season 1, Yasuke and Saki return to their old village. Disapproving all of Saki’s trepidations, they are received warmly by the residents. Saki subsequently begins staying with the family of her friend Ichiro. Saki gives Ichika’s necklace to Yasuke, knowing that Ichika would have wanted Yasuke to have it. It’s also Saki’s way of saying goodbye to the woman who raised her and kept her safe for all those years.

What Is the Significance of the Post-Credits Scene? 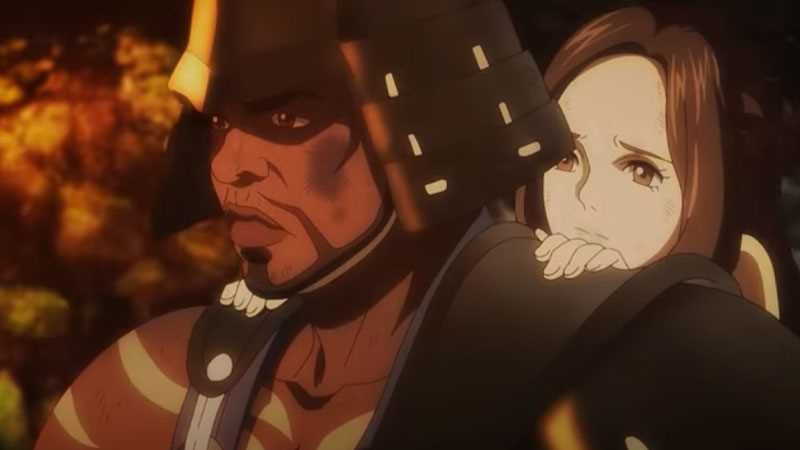 Since Yasuke killed Natsumaru with her own blade, he has been using it as his own. It is the katana that he used during Nobunaga’s seppuku. After he retreated to the village, he put that sword inside a jar and left it there for years. He doesn’t bring it out during his initial journey with Ichika and Saki. But after facing Abraham and his mercenaries, he realizes what kind of adversaries he will have to fight if he continues to protect Saki.

In the post-credits scene, he visits Natsumaru’s brother, who is also the same boy whom he saved at the Nanban Trade Port all those years ago. Yasuke gives him Natsumaru’s sword and tells him that his sister died fighting for her clan. Natsumaru was one of Hanzō’s trusted besshikime or female bodyguards, sent to infiltrate Nobunaga’s army as an Onna Bugeisha or female samurai. She was loyal to her true lord and her clan in the Iga Province to her last breath. It likely took some time for Yasuke to understand her reasons, but when he hands over her sword to her brother, he clearly does.

In the last moment of the post-credits scene, Yasuke is shown to have a new sword, with Ichika’s necklace hanging from its hilt. This signifies a new beginning for Yasuke. He has finally been able to put his past behind him. He will stay in the village until he completes Ichiro’s training and then probably venture out into the world again. He might even join Morisuke and his efforts to bring peace to Japan.