Year of the Shield Captain Carter Hydra Stomper Funko Pop Added to Marvel’s What If…? Line 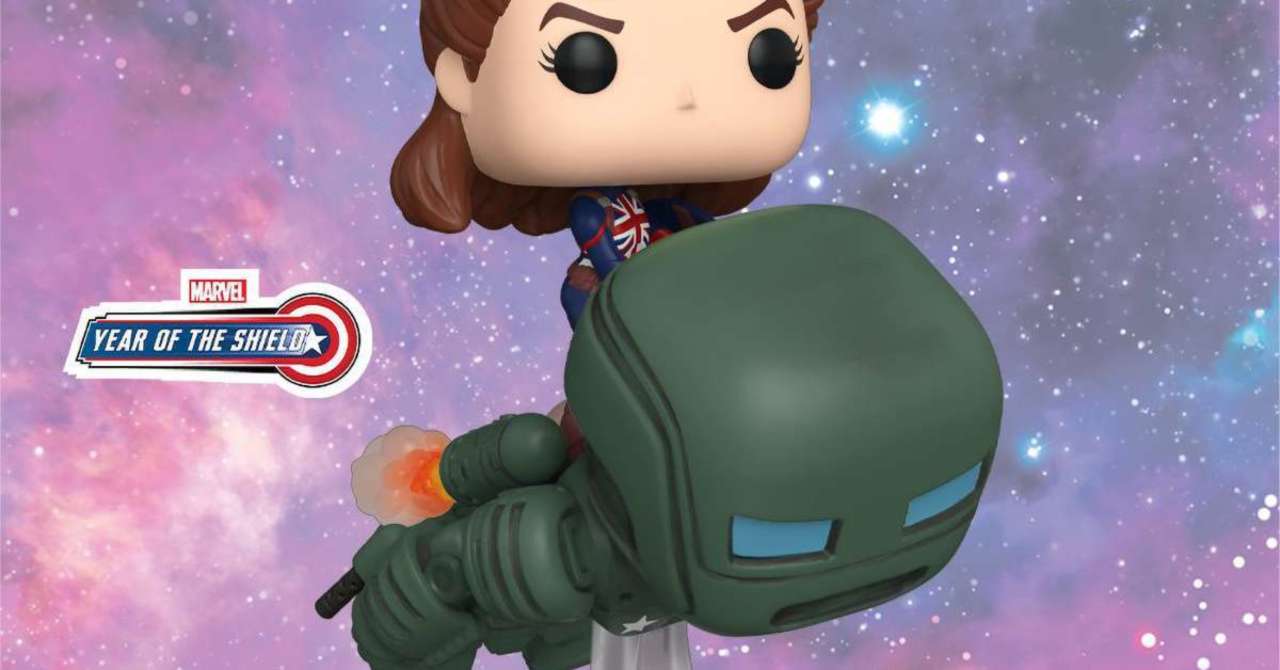 Recently, Marvel Studios unveiled the trailer and release date for the upcoming animated series What If…? on Disney+. One of the big draws of the show is that MCU stars will provide the voices for the animated versions of their characters – with a major twist. The show explores the multiverse, so your favorite characters are going to take on new roles – like T-Challa as Star-Lord and Peggy Carter as super solider Captain Carter. This, of course, will make for some very interesting Funko Pops. UPDATE: Captain Carter and the Hydra Stomper Funko Pop has been added to the lineup as a Year of the Shield Amazon exclusive. Details below.

The first wave of What If…? Funko Pops debuted earlier this month, but the Captain Carter and the Hydra Stomper Deluxe Funko Pop arrived today, July 30th as part of the ongoing Year of the Shield Series partnership with Amazon and Marvel. Pre-orders for the figure are live here on Amazon for $24.99. The Year of the Shield Series is designed to “celebrate heroes who wield shields to protect the innocent from villains whether they appear in the Marvel comics, movies, or both.” You can shop the entire Year of the Shield series here on Amazon. The rest of Funko’s What If…? Funko Pop lineup can be found below.